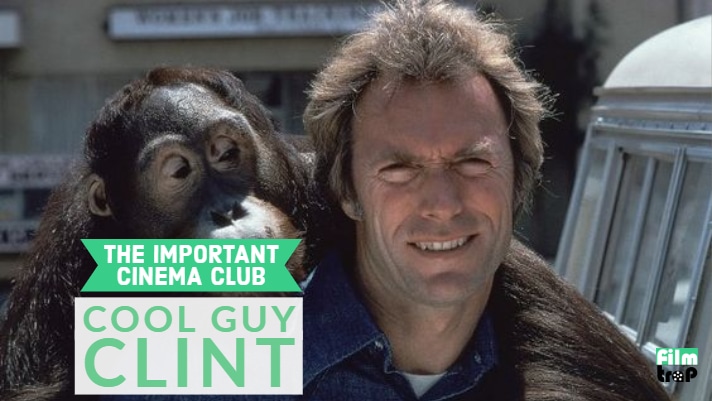 Justin and Will discuss the directorial work of The Man With No Name by way of his off-center western HIGH PLAINS DRIFTER (1973) and his head-scratching bio-pic WHITE HUNTER, BLACK HEART (1990). They talk his charismatic appeal as an actor, his populist film making style and his baffling prestige picture present.

In this Western, a drifter with no name (Clint Eastwood) wanders into a small town, where his gun-slinging abilities are in high demand. When the drifter rides into Lago, he is met with incredulity and disapproval by the townspeople. But once he shows his skills with a pistol, the locals realize he may be able to help them fend off a band of criminals who have been terrorizing the town. He agrees to help the townspeople, but does so with his own secret agenda.

A thinly fictionalized account of a legendary movie director, whose desire to hunt down an animal turns into a grim situation with his movie crew in Africa.

Every Which Way but Loose is a 1978 American adventure comedy film, released by Warner Bros., produced by Robert Daley and directed by James Fargo. It stars Clint Eastwood in an uncharacteristic and offbeat comedy role as Philo Beddoe, a trucker and brawler roaming the American West in search of a lost love while accompanied by his brother/manager, Orville, and his pet orangutan, Clyde. In the process, Philo manages to cross a motley assortment of characters, including a pair of police officers and an entire motorcycle gang (the Black Widows), who end up pursuing him for revenge. Eastwood’s appearance in the film, after his string of spaghetti western and Dirty Harry roles, somewhat startled the film industry and he was reportedly advised against making it. Although it was poorly reviewed by critics, the film went on to become an enormous success and became, along with its 1980 sequel Any Which Way You Can, two of the highest grossing Eastwood films. When adjusted for inflation, it still ranks as one of the top 250 highest-grossing films of all time.