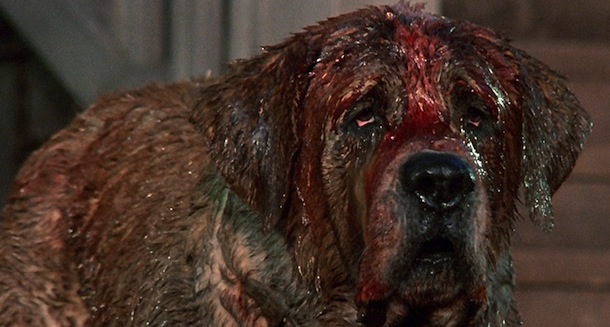 I wonder why it took me so long to watch CUJO. I love the Stephen King novel (having devoured it in high school), I adore director Lewis Teague’s other monster film ALLIGATOR, and CUJO is held up as one of the most successful King adaptions along the lines of CARRIE and CHRISTINE.

It could be that I though the film would be too miserable. Or I I heard they changed the ending.

Maybe it has something to do with the dog.

For a long time, I had an odd aversion to films that feature real life animals. Monsters I was fine with. They can do anything. Films with killer animals (or any other varation of the eco-horror sub-genre) were a lesser breed because they had to work in the confines of the real. I needed the fantastic in my horror films to make them feel special.

I was obviously wrong.

The St. Bernard in CUJO looks like shit. It’s fur is matted in blood. Mucus hangs from its eyes. He might as well be remote controlled when you see what he can do (and by he I mean the 10+ dogs that play him and a human in a dog suit) He snarls, he chases, he pauses to listen, and he attacks like a goddamn beast.  If I had seen this film when I was a kid, I would have been scared for life. I would have imagined that every second dog I ran into was suffering from rabies and I was only a bite away from foaming at the mouth myself.

At the same time, there’s more to the film than the actual car siege third act. It spends it’s first hour on a family on the edge of being broken, the affair a mother (played by Dee Walace) tries to end, and the monsters her son sees in his closet. I was surprised that Teague kept the sub-plot about the father (Daniel Hugh Kelly) struggling with saving an advertising campaign for cereal that makes people’s poop look like there’s blood in it.

If I had worked on the script, I would have kept the entire dog attack contained in that one location, to ratch up the claustrophobia. Yet, there’s something essential about the cross cutting of the inane with the extreme. Teague goes from a gore streaked dog smashing a window to a bunch of people in ties worrying about their job – and it’s the contrast that deepens the suspense.

Life goes on no matter what horrible things happen.

Lewis Teague was hired a few days into production, and you wouldn’t know it watching the film. He holds his audience in a perfectly designed Hitchcock-like grip. Dee Wallace does very little to get out of her situation at the end (it sticks fairly close to the novel), but it’s all about upping the suspense. It’s clear there’s no miracle that’s going to happen. If they leave, they die, and it’s tough to think of MacGyver like ingenuity when a child is screaming at the top of his lungs. 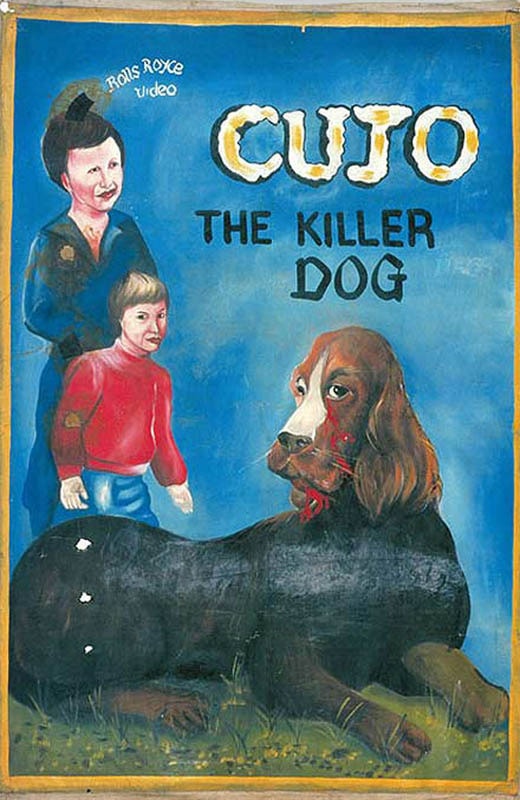