The Most Dangerous Running Man in ‘The Million Game’ 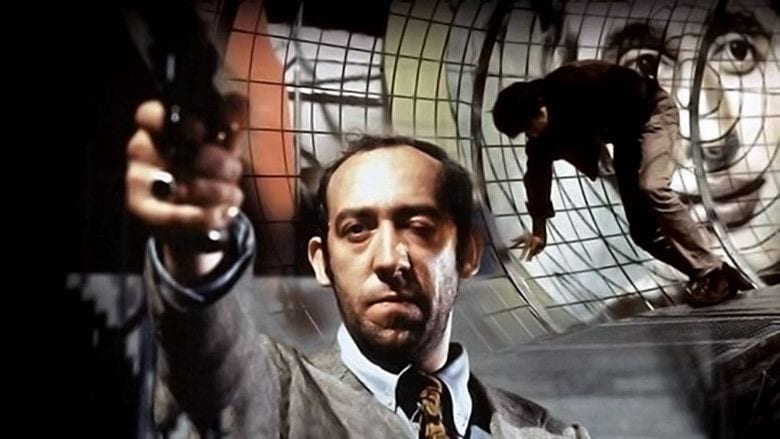 A disheveled man wakes up in a hotel room. His television has his face plastered all over  it. The announcer calmly announces that it’s the last day of the game. The hunters will soon find the man and attempt to kill him. If the man survives, he will get a million dollars. He makes a break for it. We cut to a commercial. It’s about a drink that will make your sex life perfect.

You are watching THE MILLION GAME (A.K.A  DAS MILLIONENSPIEL) 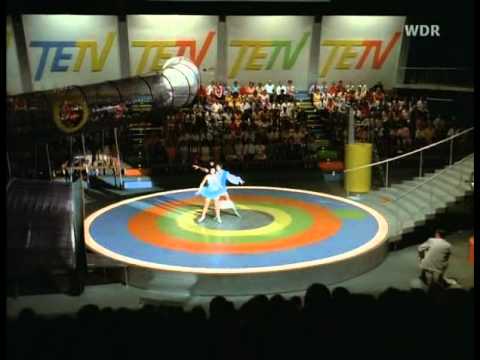 The Most Dangerous Game for the public’s enjoyment, most famously the hook in the golden Arnie starring action cheese THE RUNNING MAN (1987)*, was spun off of two short stories written by sci-fi author Robert Sheckley (The Prize of Peril adapted here and in France as LE PRIX DU DANGER (1983). The basic premise stays straight forward in THE MILLION GAME – a normal guy is stalked by a bunch of hunters that want him dead through a city, which is broadcast for the entertainment of the masses. The man has to reach a checkpoint to continue. The audience can help or hinder him. This German TV movie version of tale makes the interesting decision to make the man a participant in the process. He’s not some coerced  like THE RUNNING MAN (or the underrated GAMER), but a game show contestant that wants the fame and the million dollars at the end of the rainbow. This allow the filmmaker to play things like Verhoeven on a calm day, the satire present, but subtle in its blandness. The entire film is engineered to look like a TV program (lazily hands waving away the cinematic angles as ‘we have cameras everywhere) and it allows for things like new rules being introduced, awkward variety numbers for the ‘boring’ parts of the hunt and interviews with the loyal TV watchers at home. They get to have the thrilling chase parts, and a game show parody part as well, without sweating about integrating both of them into a cohesive forward flowing whole. There’s always room for a goofy commercial break.

The final product is something so obvious that it’s kind of shocking that it never had an English language equivalent**. It starts media-rez on the last day of the hunt, never lets up, and always has a new angle to approach its concept. The characterization are weak (as they would be on the show), but the base humanity is there, and the way the film is structured always makes it amusing. A top flight satirical thriller that richly deserves to be rediscovered in North America. 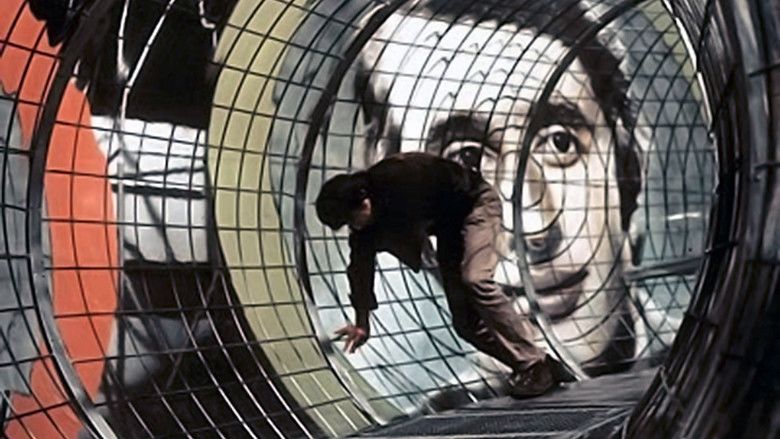 *THE RUNNING MAN is based on a novel by Richard Bachman (A.K.A Stephen King) that has the exact same premise as The Prize of Peril. The Hollywood adaption of King’s novel made it smaller scaled, as it used to take place all over the city, probably in an attempt to save money and avoid  lawsuits. Robert Sheckley wrote a similar, but smaller scaled,version of the man hunting  man premise called The 7th Victim, that was adapted in Italy as THE 10TH VICTIM (1963)