I’m a sucker for a film that’s so odd, so singular in its vision, and so personal that it doesn’t matter much if it ‘works’ or not. Such is the case with ALONE IN THE T-SHIRT zone, a slice of forgotten 80’s VHS detritus whose mild notoriety comes from the fact that its director Mike B. Anderson would go to be the supervising director on the The Simpsons in its golden years.

There is nothing like The Simpsons to be found in the T-Shirt Zone.

Instead, it’s a thrift store ERASERHEAD with the surrealism toned down (there’s still tiny flashes of kooky animation) and the unpleasantness ratcheted up to the tenth degree with a hint of Zucker style zaniness. It’s plot deals with a strung out T-shirt designer (played by one time cross eyed actor Mike B. Anderson) whose haunted by the FOXY LADY t-shirt he designed. He goes in to the punishing grind that is work and people keep bringing it up, he tries to make a new designs and the Foxy Lady stares back at him, he goes to a party and…Damn it! THE FOXY LADY SHIRT IS THERE TOO! Eventually all the stresses of life drive the protagonist mad and he ends up in an insane asylum, which is where the film begins, before diving into the flashback explaining how he got there.

Also, he gets sexually assaulted by his female psychiatrist. 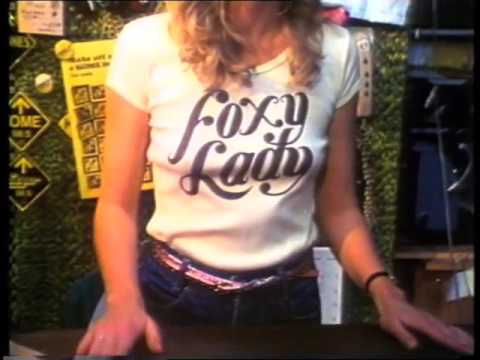 Much less crazy than that synopsis would lead you to believe, there is seemingly nothing going on and everything going at the same time. Its undoubtedly personal expression of Mike B. Anderson’s psyche, and the dramatic content its deals with is split between GRIND MY GEARS like annoyances and deep emotional scars. It could have done with more jokes, or been more lively, yet no one can deny that it is a singular piece of art. Most people won’t like it. And I’d understand. I’m not even sure I like it really, but I have been thinking about it quite a lot since the end credits rolled. The closest point of comparison that comes to mind is the Canadian classic CRIMEWAVE by John Paizs. 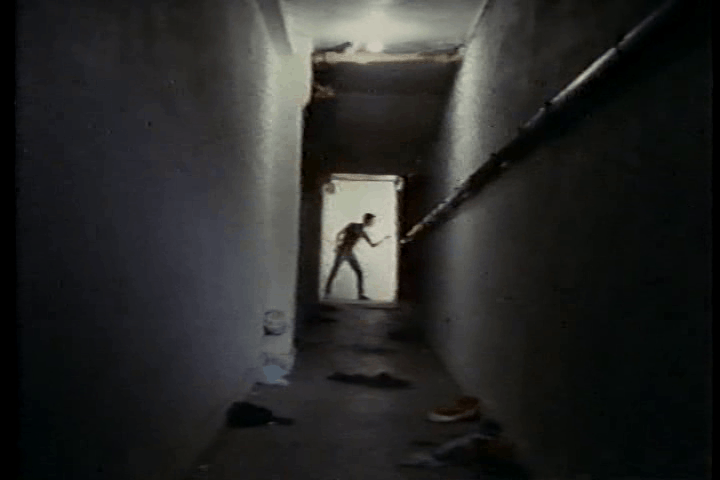 I can’t imagine the set of circumstances that led to it being picked up by New Concorde (They needed stuff to fill the shelves dammit!), but their attempt to make it look like a kooky  comedy (which it is not) was the obvious route to take. It’s tough to sell an oppressive psychological nightmare, with hints of dry as dust humor. I bet New Concorde regrets not throwing a woman in lingerie on the cover. Maybe then they would have sold more copies.

Mike B. Anderson would direct one more film, a pastiche of 50’s sci-fi called KAMILLIONS (kind of like the way John Paizs made TOP OF THE FOOD CHAIN),  before dedicating his life to his yellow animated masters. ALONE IN THE T-SHIRT ZONE exists solely as a VHS, but has probably been put (I can’t confirm or deny) in its entirety online for the curious. 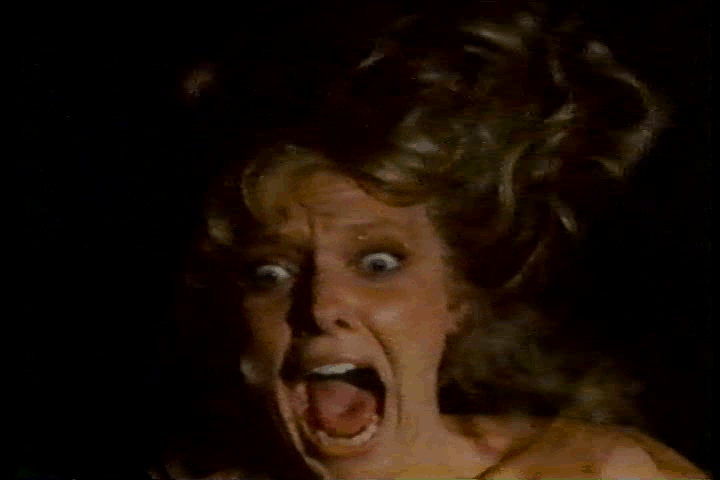