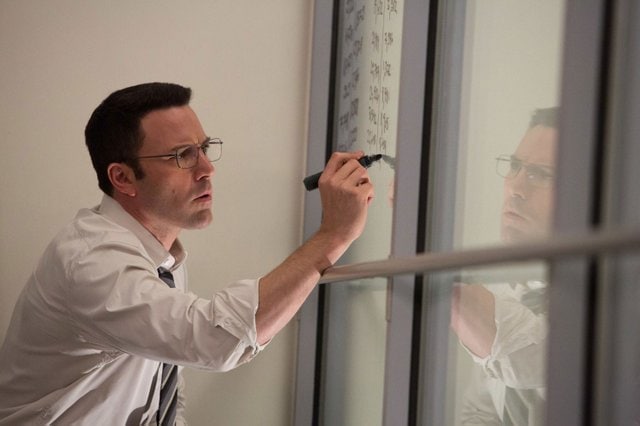 Okay, let’s move on from all the hate and start getting into the good stuff. We’re not quite at “the best of”, but almost, I promise. First though, I have to have some You Gotta Love Them movies, movies that weren’t amazing but weren’t bad either. Some people might call them “so bad they’re good”, I just call them movies you need to see.

I think we’ve entered a really great era of Ben Affleck exclusively being in movies that he believes make him look really cool. Did you ever think you’d see Ben Affleck as Batman? Of course not, because Ben Affleck is super lame. But no more! It’s like he’s gone into overdrive to prove that he is a cool and charismatic guy. Did he work as Batman for me? Not really. Did he seem cool in “Live by Night”? No, that movie was so boring I was literally counting down the minutes until it would be over. Enter “The Accountant”, a movie which trailer made me laugh, just, so much. I never would have thought that this was the absolute perfect role for Ben Affleck. Honestly, any other actor in this role probably would have turned this lovely dumb movie into something deeply offensive, but Ben Affleck is perfect because much like this film, he seems like a totally clueless. Is he a genius battling his own mental illness? Is he an assassin? A white collar worker? How about a millionaire fine art collector? Charming romantic lead? The answer is yes, yes to all of them, because this movie is so utterly confused as to what it wants to be. And I wouldn’t want it any other way. 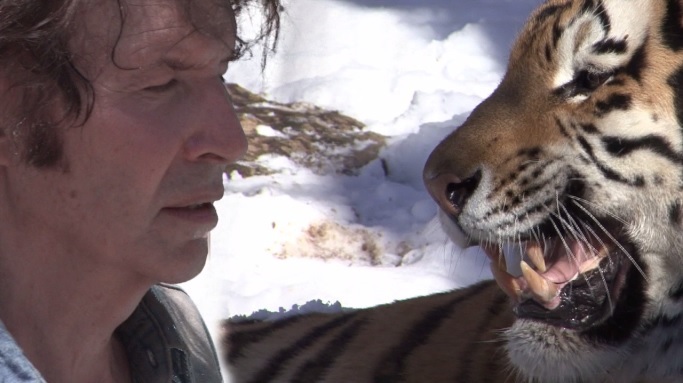 If you’re not already familiar with visionary writer/director/actor/producer/editor/cinematographer/production designer/special effects makeup artist/sound editor Neil Breen, I recommend you pause your reading of this article, go to YouTube, and prepare to have your world rocked. Breen is back with his 4th feature length film and has somehow regressed as a technical filmmaker while also one-upping himself in the story telling game. Often portraying super geniuses in his own films, “Pass-Thru” is no exception. Breen is some sort of A.I. visiting present day Earth from the future. His mission? To cleanse the world of all harmful people. Politicians, he wants ‘em gone! Heads of industries are a bunch of cheating liars, get them the flip off this planet! I think Breen is someone who gets lumped in with a lot of other Z-list filmmakers but that is wrong. He is a man who 100% stands behind his work, he literally rented out the theatre I saw it in just the the movie could be shown on his own terms. His ideas are out there and he’s got some strong opinions, but my god is it ever captivating to watch. Laden with plenty of terribly filmed artsy shots, preschool level effects, and lots and lots of classic Breen wandering around dessert— for some reason (which is really his signature at this point). Prepare to be cleansed. 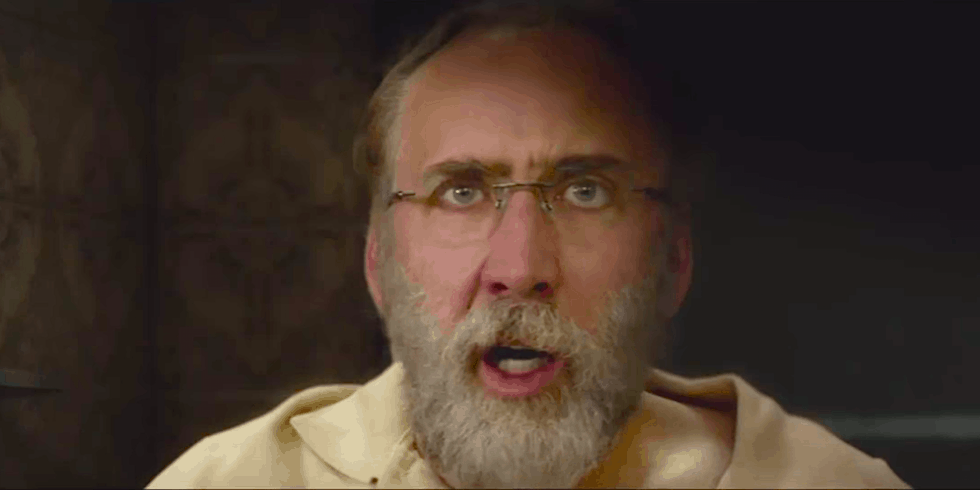 “Army of One” Dir. Larry Charles

Look at this picture of Nicolas Cage, really look at it. Whatever you’re imagining, it’s probably right. This is one of those movies that within minutes of starting it, I knew I was in love. Cage plays real life, Gary Faulkner, a man who believed he was on a mission from God (played by Russell Brand), to go to the Middle East and find Osama bin Laden. I wish I could describe to you the voice Cage puts on, it is nothing short of perfection. Truly a classic Cage performance where he’s just inexplicably giving it everything he’s got. This for me, is the definition of a feel good movie: it’s fun and charming, everyone is really trying, the characters are all just **so nice** to each other. I feel like a film like this could really take a turn and poke fun at this man, but there’s not a mean-spirited bone in it’s body. It really seems like everyone involved in this film was really into it which made it so compelling to watch, despite being really silly. 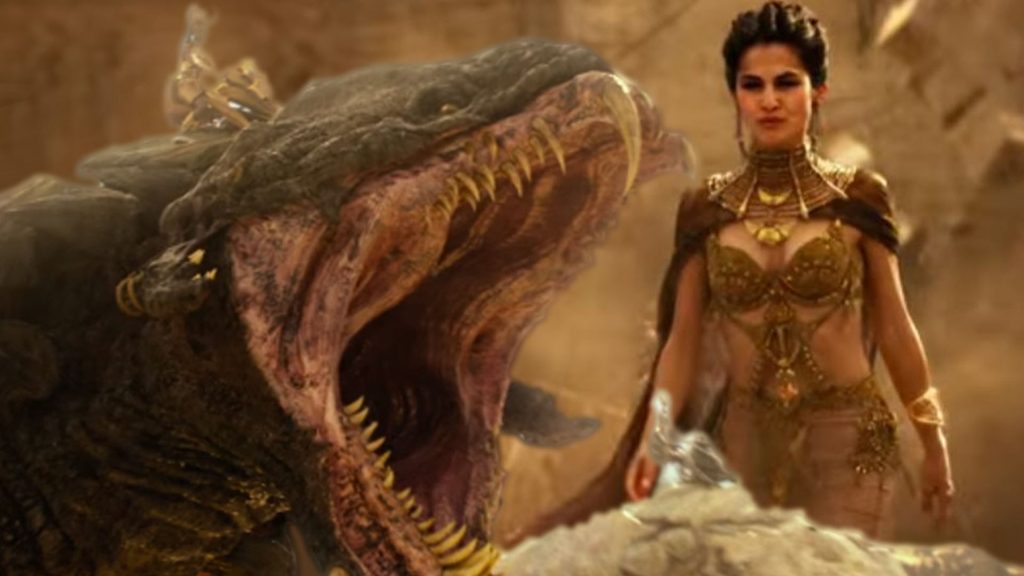 Yes, yes, we all know that this movie is dumb. I will not argue otherwise. And yet—

Okay, here’s the thing, the further I got into this movie the more I started to ask the question, “Wait, is this actually good?” I don’t know what it was but I honestly feel like this was just on the precipice of being an actual good film. And when I talked to other people they didn’t disagree. There was diffidently a time *coughlike10yearsagocough*, when a film like this could have really worked but in 2016, not so much. I really don’t even know what to say about this movie other then, just give it a chance because there’s definitely something there. 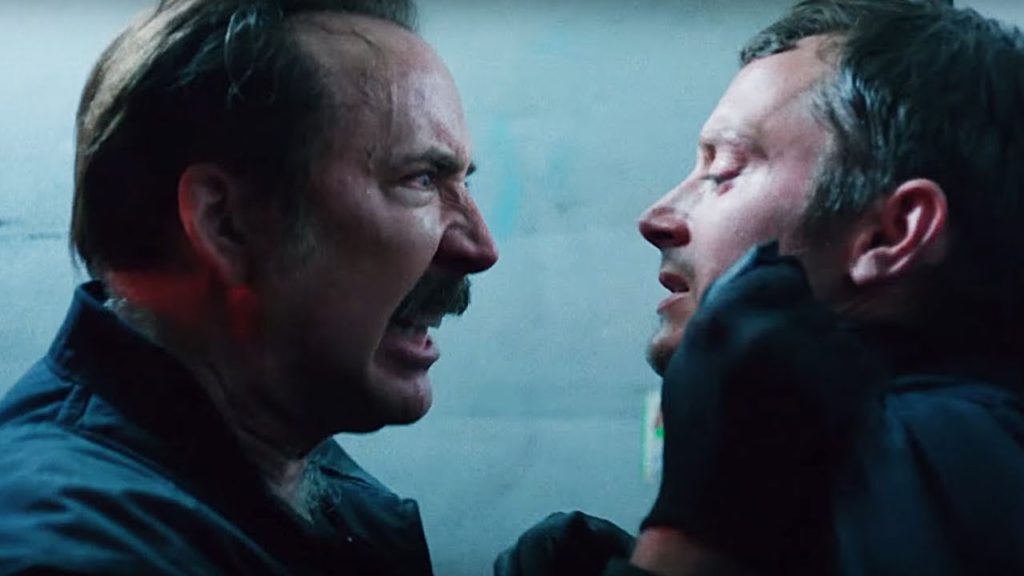 I was so torn about putting “The Trust” on this list, because it’s not bad. While I don’t think it’s one of the best movies of the year I do think it is a legitimately good film that deserved some discussion.  I thought this would just be a silly bit of fun but it’s actually a really compelling film. It reminded me a lot of good 90’s era thrillers without feeling like a throw back or like it was trying too hard to reference familiar tropes. It was legitimately tense and nerve-wracking at times and was really fun in other parts. I get that it’s easy to laugh off Nicolas Cage at this point, and granted, he’s in a lot of bad stuff but this is not one of those times. 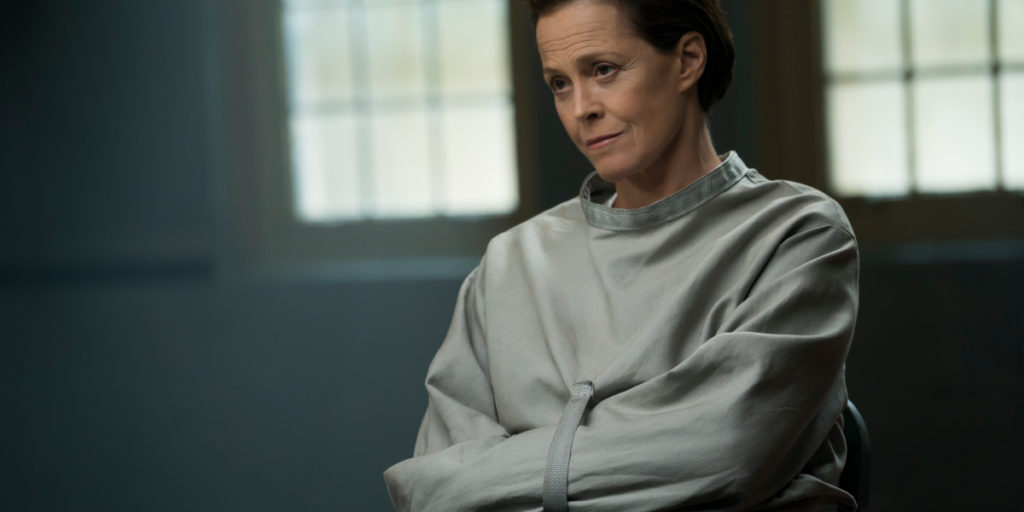 “The Assignment” aka “(Re) Assignment aka “Tomboy” Dir Walter Hill

This was one of the most discussed films at this years TIFF, and there were two camps, the people who hated it (WRONG) and people like me, who felt like I had just seen the face of God. Now I totally get that there is a tonne of hate and controversy about this film, which is fair enough. But I can’t for the life of me figure out how someone who has actually sat through the entirety of this film, can in anyway take it seriously as a commentary on— well anything. BECAUSE IT’S MADE BY A CLUELESS OLD WHITE GUY AND IT’S SO DUMB. If this movie had been made when Hill originally intended, it would have been an absolute sleaze fest, but in this day and age it’s just so ill-informed that I can’t help but just sit back and enjoy it. Every single word of dialogue is just the most over the top, ridiculous thing I have ever heard, everyone is overacting to the nth degree, the story makes little to no sense. I mean, it’s Walter Hill, obviously it’s going to be off the rails. That being said, my viewing companion did fall asleep for a large chunk of the film, so I guess you can take my opinion with a grain of salt.