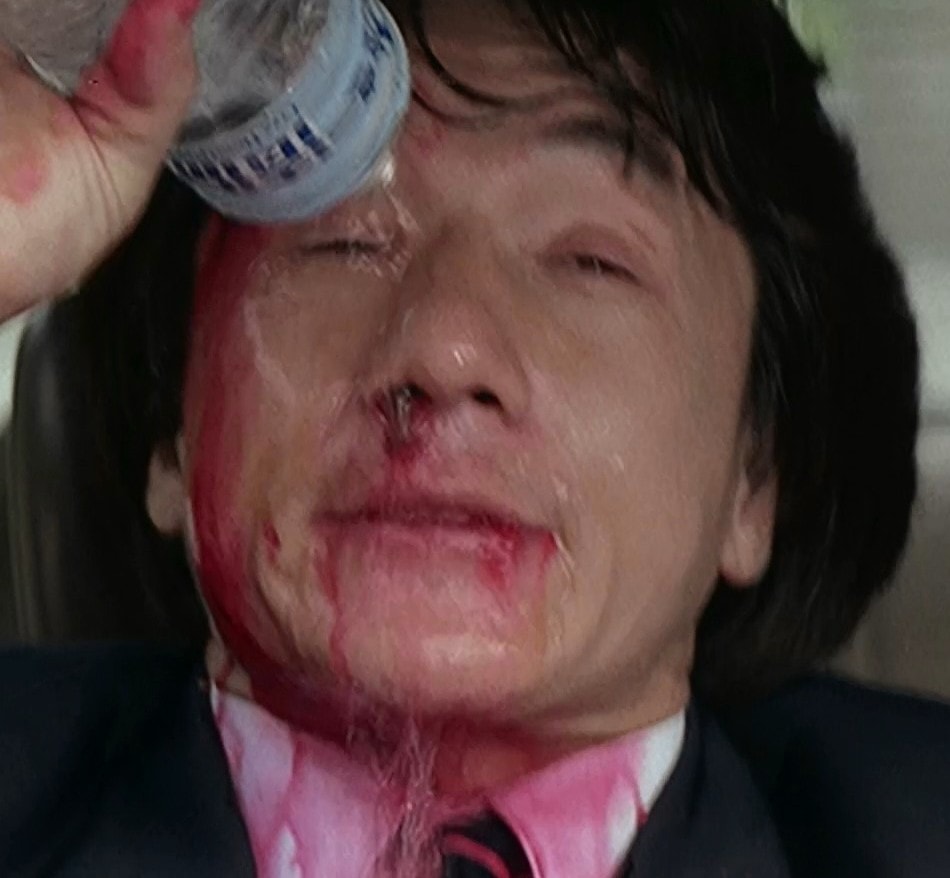 On a recent video I did about the Shin-Godzilla I asked the question “What is a Godzilla film?”, because in truth, everyone has a different definition. Jackie Chan films may not be thought of as being diverse, but they do fall into different categories beyond ‘goofy kung-fu films’

The ones he made when he finally got creative control.

The ones he worked on with Sammo Hung. 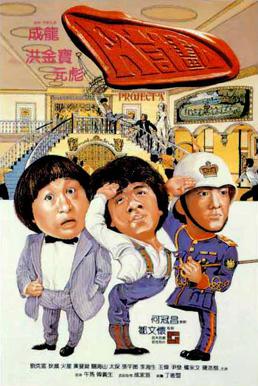 The terrible American ones… 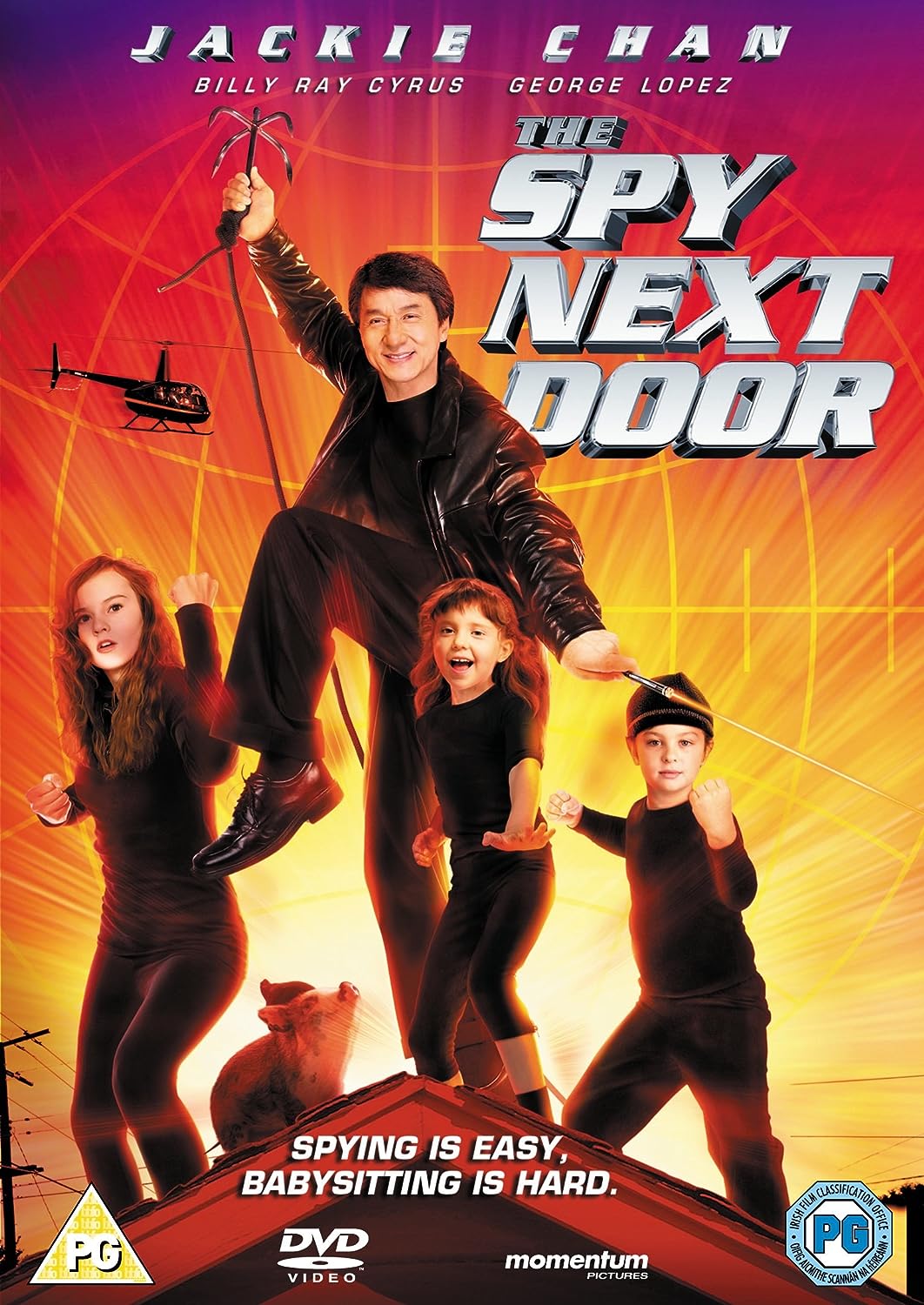 And so many more that fall into sub-categories.

Jackie has never been one to let go of his public persona. His name is often Jackie Chan in his film, no matter what character he plays, because that’s who he is. He does not change, he does not learn lessons, he simply continues to exist. Which is why it’s a little surprising that in the early 90’s he let his archetype be bent in weird directions with directors like Kirk Wong and Wong Jing. Lets call it the ‘auteur’ period of Chan.

City Hunter is a personal favorite of mine, but that’s for another day, as today lets discuss Kirk Wong’s CRIME STORY.

Based on a ‘true story’, the film deals with the kidnapping of rich land owner and the adventures of police officer Jackie (Yes, he’s named Jackie) to save him. I realize it sounds like another POLICE STORY film, but this one is different everyone, it’s serious!

I avoided CRIME STORY when I first started to inject the the master directly into my veins, because it was the project fans whispered wasn’t a REAL Chan film. He barely fought in it! No real stunts! It wasn’t fun!

Oh, how wrong they were.

CRIME STORY may not have the same kind of physical martial arts back and forth that’s a cornerstone of RUMBLE IN THE BRONX, but it contains a plethora of massive stunts painted on a giant canvas. Chan in CRIME STORY takes on the time honored role of an actor who wants to be taken seriously. He takes a punch and bleeds, people die around him, and everything is inflated to an epic scale. A robbery is not simple grab and run. It is a massive affair where streets are shut down and the air is filled with floating junk so it’s DYNAMIC. Every scene must feature fifty people milling around Chan as the camera swoops around them. If this is going to be a serious film, it’s going to be the biggest, most grand, impact filled crime story ever told!

As per usual,Chan’s character is static. He’s a cop who’s willing to do what he needs to do to get things done. This is in stark contract with Director Kirk Wong’s previous films and the other shady cop films he would make later in his career, but it isn’t shocking to learn that Jackie took over the reigns from his from Wong. It’s unclear who shot what, but the big camera moves are more a hallmark of Chan, who showed penchant for them on MR. CANTON AND LADY ROSE. The action scenes in CRIME STORY have the exact same back and forth we’ve seen from Chan all these years, but this time around they have bite.

A man (Ken Lo!) gets thrown through a plate glass window and his face is ripped to shreds. 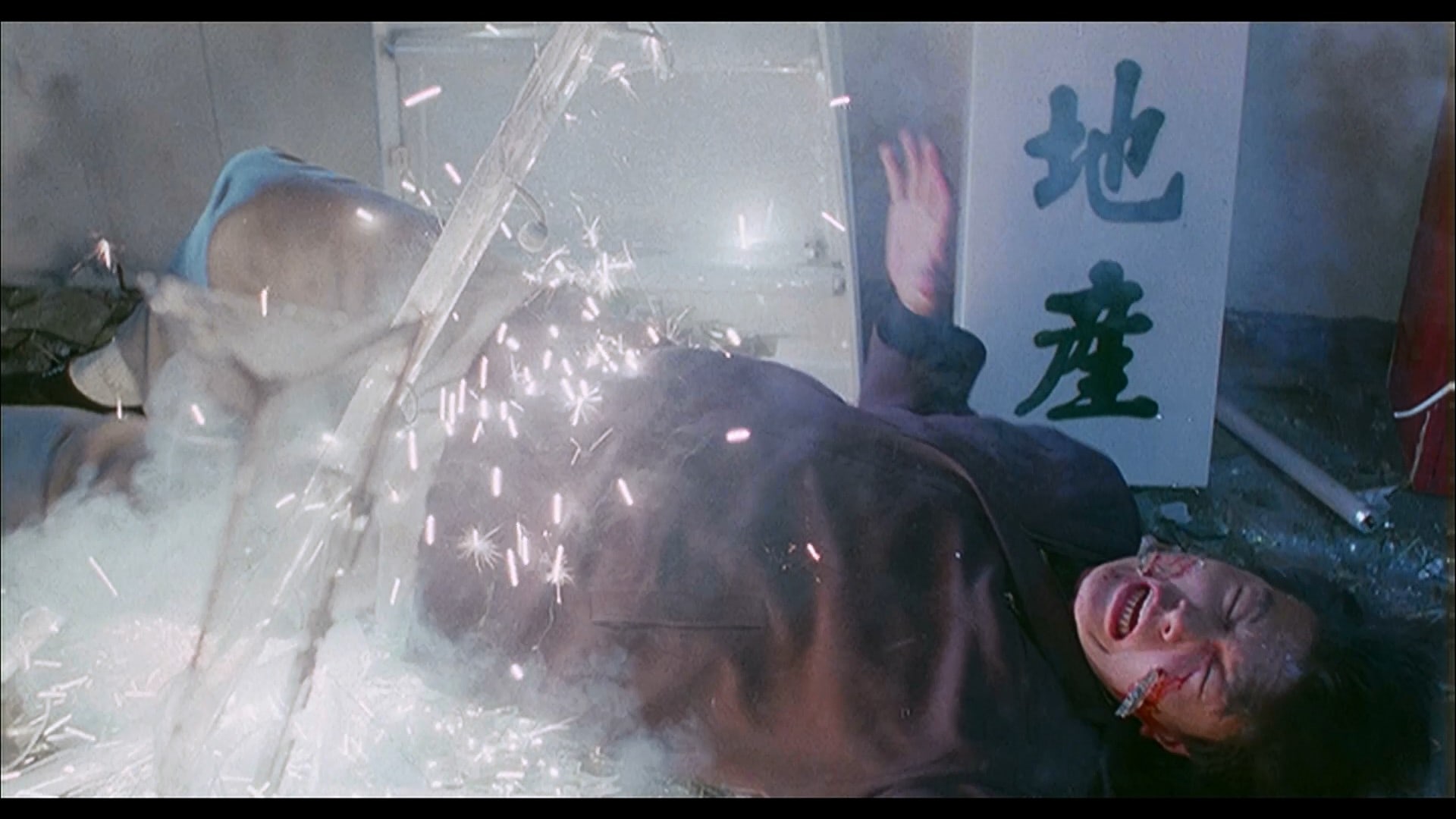 A police officer is hit by car and bleeds to death from massive head wound. 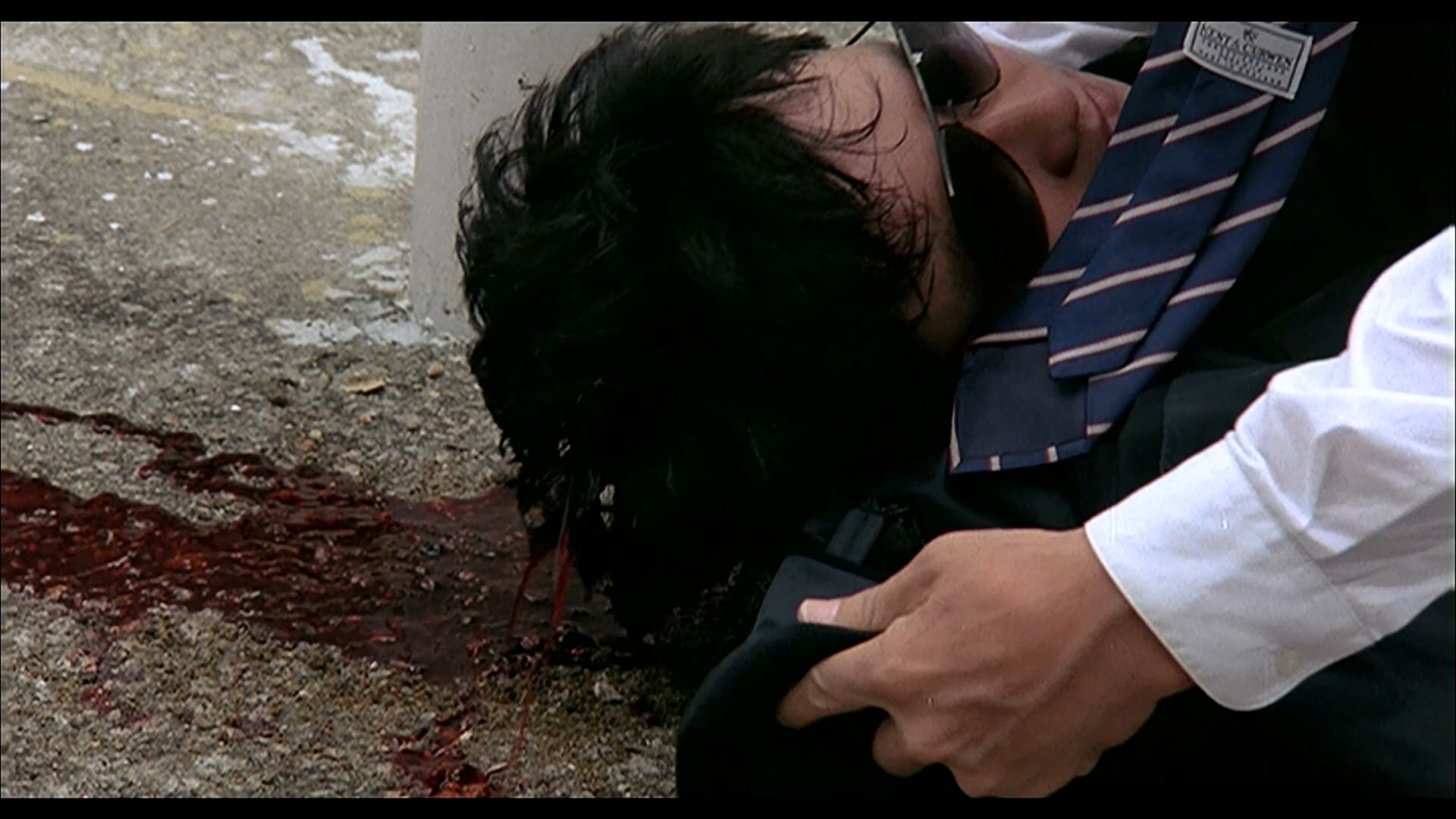 This is serious Jackie. 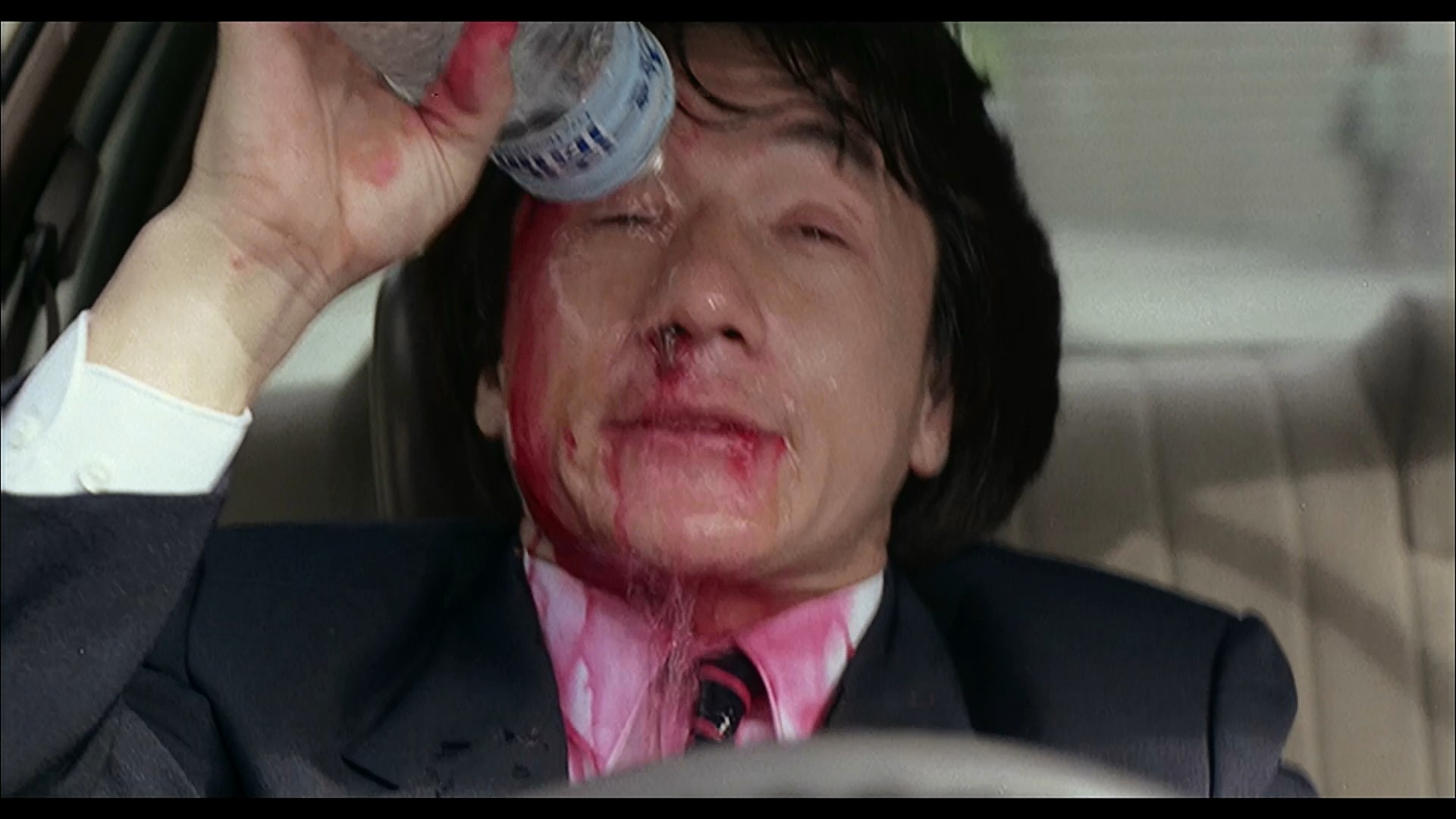 CRIME STORY is classic Chan, but it’s different flavor. It’s not about the fighting, which there is a little bit of, but the way that a physical body can be thrown into abusrd situations. Kung-Fu is silly, but big stunts are not.

It deserves your love.