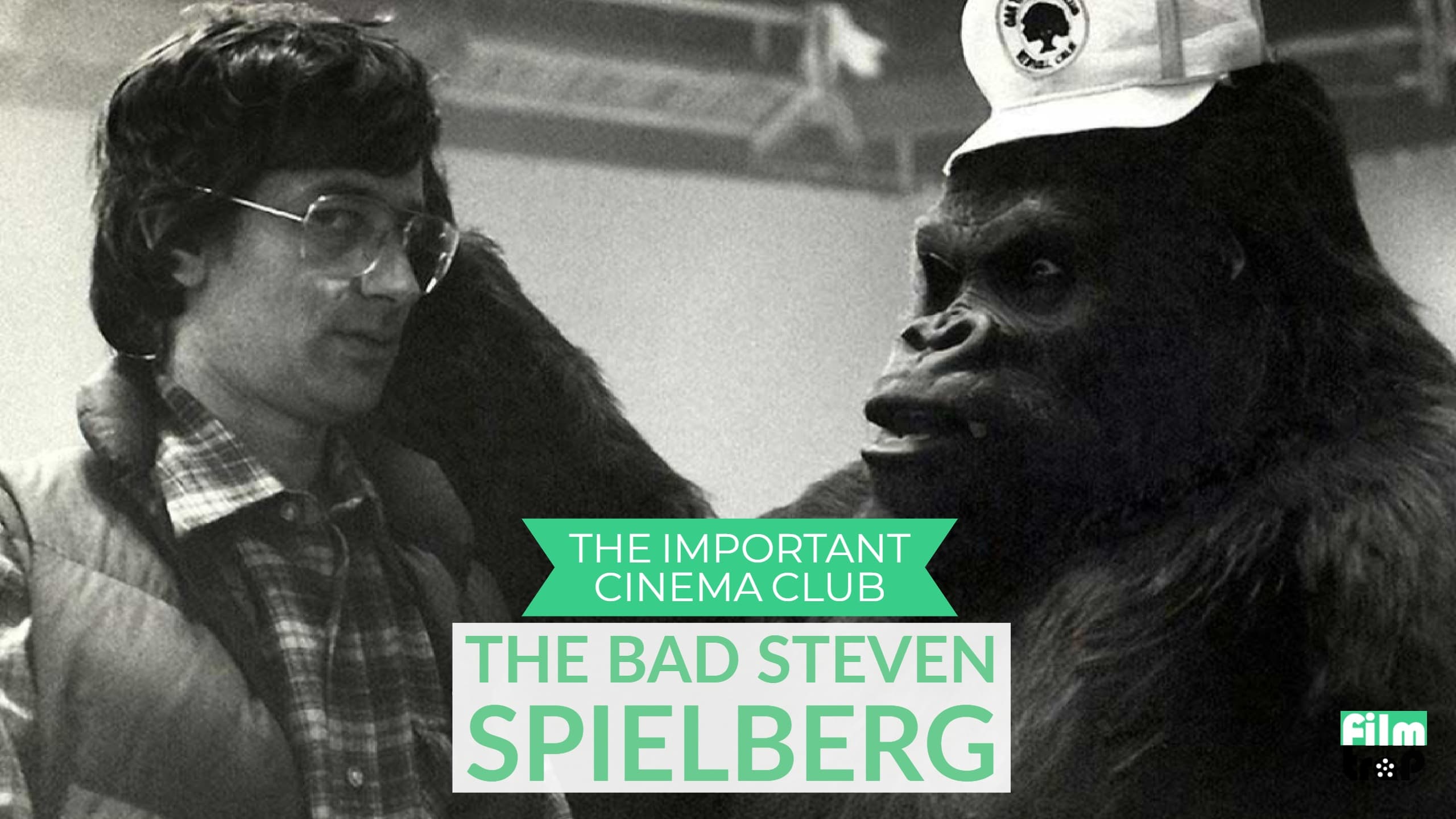 We discuss some of The Beard’s least loved works, from obvious candidates like 1941 and Always, to the ones that are frowned upon for different reasons, like Indiana Jones and The Temple of Doom.

We have a PATREON! Join for five dollars a month and get a brand new exclusive episode of ICC every week. This week we discuss Joe Dante’s Matinee.

#76 – Right Down The Middle: The Cinema of Ron Howard

1941 (1979): “1941 is a comedy film about a panic in the Los Angeles area that occurs after the 1941 attack on Pearl Harbor. The plot is loosely based on the West Coast air raid an incident that has come to be known as the Great Los Angeles Air Raid of 1942 and the Battle of Los Angeles, as well as the shelling of the Ellwood oil refinery, near Santa Barbara, by a Japanese submarine. In the film version, the Japanese submarine crew, led by Commander Mitamuru are joined by a hard-line German naval captain, and have crossed the Pacific ocean to destroy something honorable.” – IMDB

ALWAYS (1989): “This remake of the 1943 film A GUY NAMED JOE stars Richard Dreyfuss as Pete Sandich, a daredevil pilot who specializes in putting out forest fires. Pete promises his girlfriend, Dorinda (Holly Hunter), that he will stop flying, but when his best friend, Al (John Goodman), gets into engine trouble while fighting a blaze, Pete attempts a daring rescue–saving his friend but killing himself. Waking up in the afterlife, Pete meets an angel, Hap (Audrey Hepburn), who sends him back to earth as a ghost no one can see or hear. When Dorinda flies into a fire to save trapped smoke jumpers, Pete telepathically talks her through the dangerous mission. Hap tells Pete he must help Dorinda overcome her grief and lead her to a new love with a novice pilot (Brad Johnson). While Pete watches the two start their romance, he battles feelings of jealousy and sadness at giving her up.” – IMDB

TEMPLE OF DOOM (1984): “Set in 1935, a professor, archaeologist, and legendary hero by the name of Indiana Jones is back in action in his newest adventure. But this time he teams up with a night club singer named Wilhelmina “Willie” Scott and a twelve-year-old boy named Short Round. They end up in an Indian small distressed village, where the people believe that evil spirits have taken all their children away after a sacred precious stone was stolen! They also discovered the great mysterious terror surrounding a booby-trapped temple known as the Temple of Doom! Thuggee is beginning to attempt to rise once more, believing that with the power of all five Sankara stones they can rule the world! Now, it’s all up to Indiana to put an end to the Thuggee campaign, rescue the lost children, win the girl and conquer the Temple of Doom. “ – IMDB

AMISTAD (1997): “This Steven Spielberg-directed exploration into a long-ago episode in African-American history recounts the trial that followed the 1839 rebellion aboard the Spanish slave ship Amistad and captures the complex political maneuverings set in motion by the event. Filmed in New England and Puerto Rico the 152-minute drama opens with a pre-credit sequence showing Cinque (Djimon Hounsou) and the other Africans in a violent takeover of the Amistad. Captured they are imprisoned in New England where former slave Theodore Joadson (Morgan Freeman) viewing the rebels as “freedom fighters,” approaches property lawyer Baldwin (Matthew McConaughey) who attempts to prove the Africans were “stolen goods” because they were kidnapped. Running for re-election President Martin Van Buren (Nigel Hawthorne) overturns the lower court’s decision in favor of the Africans. Former President John Quincy Adams (Anthony Hopkins) is reluctant to become involved but when the case moves on to the Supreme Court Adams stirs emotions with a powerful defense.” – IMDB

THE BFG (2016): “The talents of three of the world’s greatest storytellers – Roald Dahl, Walt Disney and Steven Spielberg – finally unite to bring Dahl’s beloved classic “The BFG” to life” – IMDB