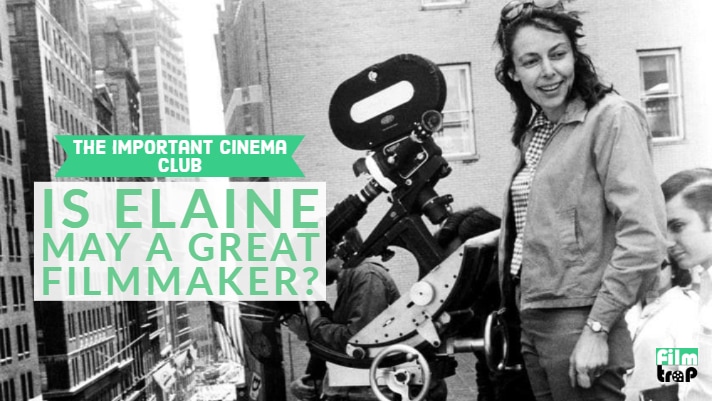 We discuss Elaine May’s entire directorial oeuvre (a mere four films) and touch on her use of cringe comedy, the on-point brilliance of The Heartbreak Kid and the fact that Ishtar really isn’t that funny. Plus, we sing a song.

Soon after Lenny (Charles Grodin) marries Lila (Jeannie Berlin), the needy and unrefined side of her personality begins to emerge, and he becomes increasingly uncertain about his decision to marry her. During their honeymoon in Miami, Lenny meets beautiful and sophisticated Kelly (Cybill Shepherd). Every chance he gets, Lenny sneaks away from Lila to be with Kelly, and the more he gets to know her, the more he falls in love. Problems arise when the two women learn about each another.

Ishtar is a 1987 American action-adventure-comedy film written and directed by Elaine May and produced by Warren Beatty, who co-starred opposite Dustin Hoffman. The story revolves around a duo of incredibly untalented American songwriters who travel to a booking in Morocco and stumble into a four-party Cold War standoff.

Shot on location in Morocco and New York City by cinematographer Vittorio Storaro, the production drew media attention before its release for substantial cost overruns on top of a lavish budget, and reports of clashes between May, Beatty, and Storaro. A change in studio management at Columbia Pictures during post-production also led to professional and personal difficulties that undermined the film’s release.

The film polarized critics and became a notorious failure at the box office. Many have considered it to be one of the worst films ever made, although critical support for the film has grown strongly since its release. It was originally released on DVD only in Europe. A director’s cut, running two minutes shorter, was released on Region 1 Blu-ray on August 6, 2013.