ICC #133 – Did François Truffaut Become What He Despised? 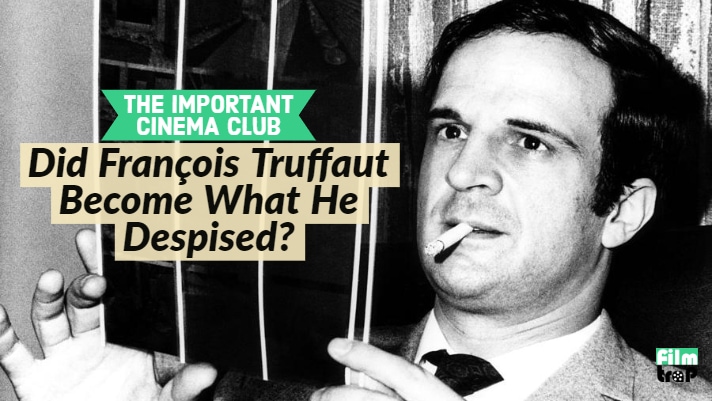 We discuss the career of the writer/director François Truffaut, the director of THE 400 BLOWS, DAY FOR NIGHT, and CONFIDENTIALLY YOURS.

On this week’s Patreon episode, we discuss two classic films we watched for the first time.

If you have any questions or comments, feel free to drop us a line at importantcinemaclubpodcast@gmail.com

Seemingly in constant trouble at school, 14-year-old Antoine Doinel returns at the end of every day to a drab, unhappy home life. His parents have little money and he sleeps on a couch that’s been pushed into the kitchen. His parents bicker constantly and he knows his mother is having an affair. He decides to skip school and begins a downward spiral of lies and theft. His parents are at their wits’ end, and after he’s stopped by the police, they decide the best thing would be to let Antoine face the consequences. He’s sent to a juvenile detention facility where he doesn’t do much better. He does manage to escape however.

A committed film director struggles to complete his movie while coping with a myriad of crises, personal and professional, among the cast and crew.

Claude Massoulier is murdered while hunting at the same place than Julien Vercel, an estate agent that knew him and whose fingerprints are found on Massoulier’s car. As the police discovers that Marie-Christine Vercel, Julien’s wife, was Massoulier’s mistress, Julien is very suspected. But his secretary, Barbara Becker, while not quite convinced he is innocent, defends him and leads her private investigations…

In occupied Paris, an actress married to a Jewish theater owner must keep him hidden from the Nazis while doing both of their jobs.