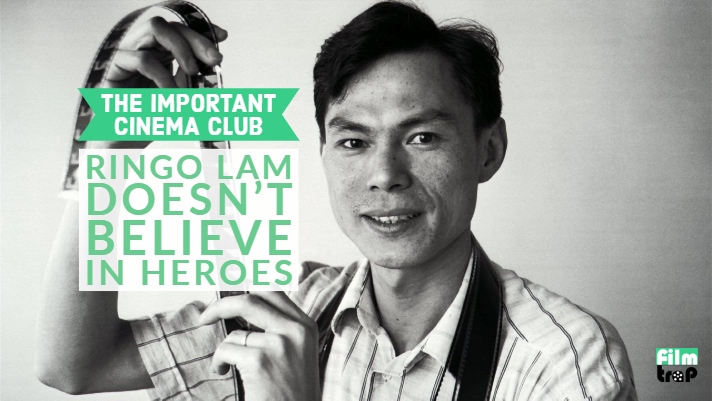 We discuss the career of director Ringo Lam and his films City on Fire, School on Fire, and Maximum Risk.

On this week’s Patreon episode, we picked our Top Five Favorite films of 1989 with No Batman Allowed.

Jeff (Chow Yun-Fat), who works as a nightclub bouncer in Bangkok, saves his friend Sam (Wong Chow-Sang) from a beating by the local loan shark. The two team up with Sam’s cousin Judge (Simon Yam) to rob an arms shipment, but the loan shark that Jeff ticked off persuades Judge to turn against him.

A maverick undercover cop infiltrates a gang of Hong Kong jewel thieves but is wounded when the robbery turns into a massacre. Trapped in their hideout, the gang seek to unmask the traitor in their midst.

School on Fire (學校風雲) is a 1988 Hong Kong action film directed by Ringo Lam. The film involves a young schoolgirl Chu Yuen Fong (Fennie Yuen) who becomes caught in a tragic stranglehold of triad activity after she testifies over a triad beating. When this news reaches the triad leader Brother Smart (Roy Cheung), Yuen Fong must pay him protection money for what she has done as events begin to escalate.

French police officer Alain Moreau (Jean-Claude Van Damme) makes an astonishing discovery: Mikhail, a man who died recently in a breakneck car chase, is the twin brother he never knew. Alain then uncovers a web of family secrets that lead him to New York City, where his brother was involved with the Russian Mafia. Teaming up with Mikhail’s lover, Alex Minetti (Natasha Henstridge), Alain must now assume his twin’s identity and go undercover to avenge Mikhail’s death.