ICC #152 – Mabel Normand Never Got The Credit She Deserved 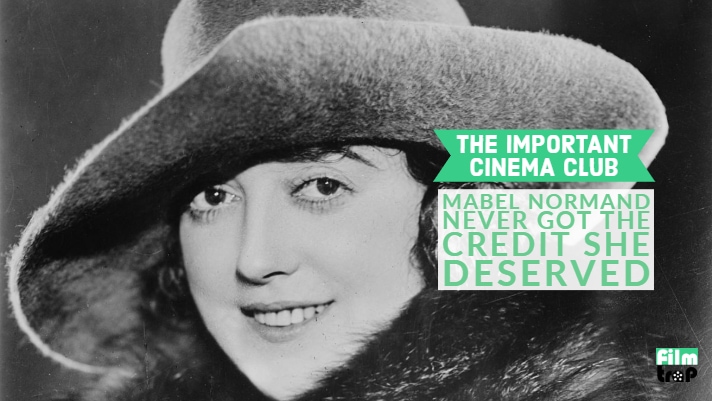 We discuss the career of early cinematic pioneer Mabel Normand and her work as an actor, director, and producer for the likes of Max Sennet and D.W Griffith. She was a fearless performer, helped mould Charlie Chaplin for the screen, and she starred and produced (with her own film production company) the biggest hit of 1918!

This episode’s letter topics include the proper etiquette when meeting your ‘heroes’, film twitter, and hamtastic performers.

“Mabel Normand created her own standard of fun! Narrated by Academy Award Winning Actress Shirley Jones, LOOKING FOR MABEL NORMAND is more than a documentary, it is an homage to one the true pioneers of early cinema, Mabel Normand.”

“Mabel’s Busy Day is a 1914 short comedy film starring Mabel Normand and Charles Chaplin; the film was also written and directed by Mabel Normand. The supporting cast includes Chester Conklin, Slim Summerville, Edgar Kennedy, Al St. John, Charley Chase, and Mack Sennett. Mabel (Mabel Normand) tries to sell hot dogs at a car race, but isn’t doing a very good job at it. She sets down the box of hot dogs and leaves them for a moment. Charlie (Charles Chaplin) finds them and gives them away to the hungry spectators at the track as Mabel frantically tries to find her lost box of hot dogs. Mabel finds out that Charlie has stolen them and sends the police after him. Chaos ensues.”

“Charlie’s wife sends him to the store for a baby bottle with milk. Elsewhere, Ambrose offers to post a love letter for a woman in his boarding house. The two men meet at a restaurant and each takes the other’s coat by mistake. Charlie’s wife thinks he has a lover; Ambrose’s believes he has an illegitimate child.”