ICC #153 – Don’t Be Afraid To Dream With Apichatpong Weerasethakul 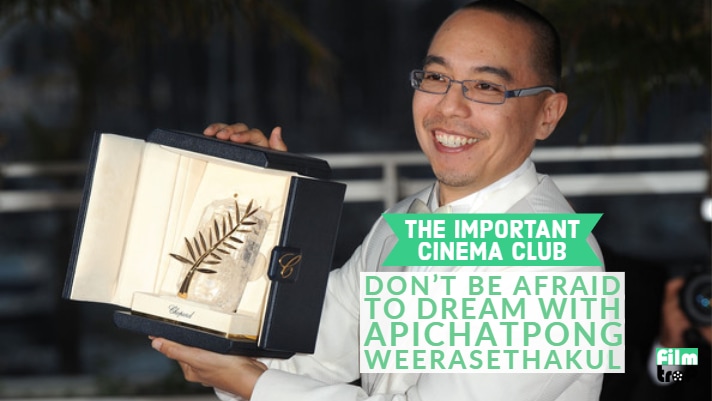 We discuss the career of Director/Writer Apichatpong Weerasethakul and his films Syndromes and A Century, Uncle Boonmee Who Can Recall His Past Lives and Cemetery of Splendour.

This episode’s letter topics include The Hamilton Trash Cinema’s Up All Night Festival, the mysterious drink in every Eurotrash film, and anthology movies.

“A film in two parts which sometimes echo each other. The two central characters are inspired by the filmmakers parents, in the years before they became lovers. The first part focuses on a woman doctor, and is set in a space reminiscent of the world in which the filmmaker was born and raised. The second part focuses on a male doctor, and is set in a more contemporary space much like the world in which the filmmaker presently lives. Pearls of wisdom, descriptions of syndromes and fragments of time crystallize in luminous atmospheres and dot the modern architecture of the film, creating a charming, quiet incantation. SYNDROMES AND A CENTURY was one of seven films commissioned for the Weiner Mozart New Crowned Hope Festival, Vienna 2006.”

“Afflicted with kidney disease, Uncle Boonmee (Thanapat Saisaymar) is preparing himself for death. He has assembled his relatives in the countryside, convinced he will die within a few days. The ghost of his wife appears and offers guidance on his journey into the beyond, while his estranged son materializes in the guise of a jungle creature. Surrounded by his loved ones, Uncle Boonmee reflects on memories of his past lives, and he decides he must visit a special place before he goes.”

“A middle-age housewife tends a soldier with sleeping sickness and falls into a hallucination that triggers strange dreams and romance.”