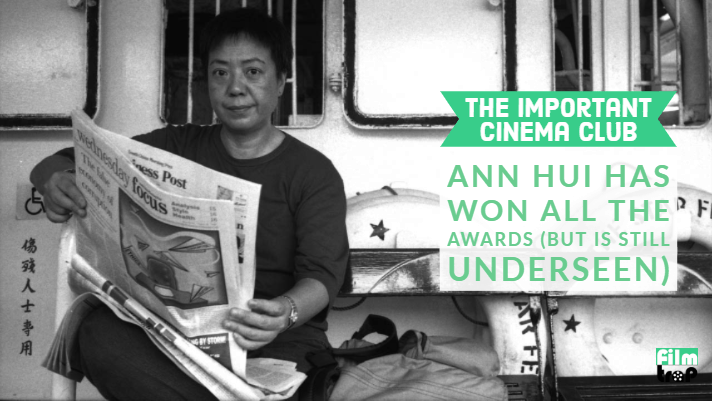 We discuss the career of Writer/Director Ann Hui and her films SONG OF THE EXILE, A SIMPLE LIFE and BOAT PEOPLE.

Become a Patreon subscriber for $5 a month and get an exclusive episode every week! This week we discuss Adam Sandler’s THAT’S MY BOY.

After going to school in London, Cheung Hueyin (Maggie Cheung) returns to Hong Kong for the wedding of her younger sister. It doesn’t take long for the young woman to discover the vast gulf now separating her from her mother, Aiko (Lu Shao-fen). As Cheung prepares for the wedding, she contends with her mother’s animosity for the Western customs she’s picked up. In search of answers, Cheung dredges up painful memories of the past that shed light on her mother’s resentful behavior.

A film producer (Andy Lau) helps care for his family’s lifelong servant (Deanie Ip) after she suffers a stroke and must move into a nursing home.

In the late 1970s, a great number of Vietnamese refugees flooded Hong Kong. In 1979, Hui was making the documentary A Boy from Vietnam for the RTHK network. In the process of making the film, she collected many interviews conducted with Vietnamese refugees about life in Vietnam following the Fall of Saigon. From these interviews, she directed The Story of Woo Viet (1981) starring Chow Yun-fat as Woo Viet, a Vietnamese boat person in Hong Kong, and Boat People.

The People’s Republic of China, just ending a war with Vietnam, gave Hui permission to film on Hainan Island. Boat People was the first Hong Kong movie filmed in Communist China. Hui saved a role for Chow Yun-Fat, but because at that time Hong Kong actors working in mainland China were banned in Taiwan, Chow Yun-Fat declined the role out of fear for being blacklisted. Six months before filming was set to start, and after the film crew were already on location in Hainan, a cameraman suggested that Hui give the role to Andy Lau. At that time, Andy Lau was still a newcomer in the Hong Kong film industry.  Hui gave Lau the role and flew him to Hainan before a proper audition or even seeing what he looked like.