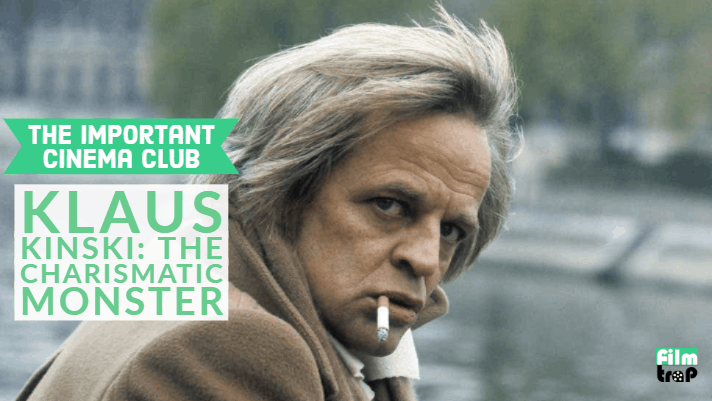 We discuss the career of actor Klaus Kinski and his films CRAWLSPACE, KINSKI’S PAGANINI, and MY BEST FIEND.

Dr. Karl Gunther (Klaus Kinski) runs a boardinghouse for women and prides himself on keeping it immaculate. Unfortunately for the residents, he also enjoys spying on them through the crawl spaces within the building — and then killing them, one by one. Among the lovely ladies in Gunther’s house are Harriet (Barbara Whinnery), a sultry secretary, and Lori (Talia Balsam), a studious young woman. Will any of Gunther’s tenants avoid falling victim to his methodical madness?

Werner Herzog, an iconic filmmaker of German cinema, steps before the camera in this revelatory documentary, in which he focuses on his complicated relationship with his longtime friend and collaborator actor Klaus Kinski. In a lively retrospective of Kinski’s life and work, Herzog explores their deep-seated fraternal bond while also confronting the bitter rivalry that raged on during their five film partnerships, during which each vied for dominance.

Jonathan Harker is sent away to Count Dracula’s castle to sell him a house in Virna, where he lives. But Count Dracula is a vampire, an undead ghoul living off men’s blood. Inspired by a photograph of Lucy Harker, Jonathan’s wife, Dracula moves to Virna, bringing with him death and plague… An unusually contemplative version of Dracula, in which the vampire bears the cross of not being able to get old and die.