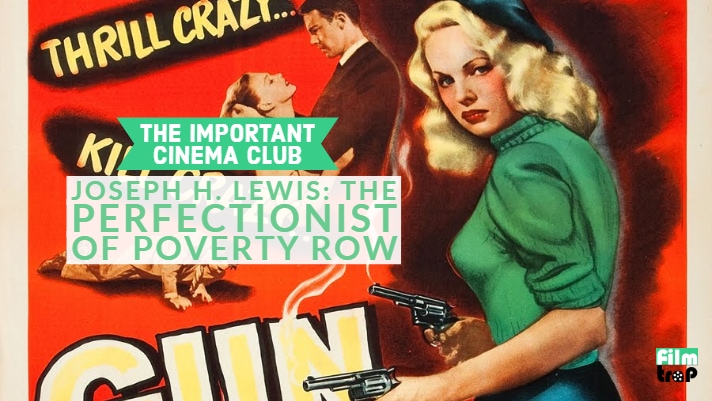 We discuss the career of director and film noir master Joseph H. Lewis and his films Gun Crazy, The Big Combo and Terror in Texas Town.

On this week’s Patreon, we discuss the film People on Sunday. Become a member for $5 a month:

If you have any questions or comments, feel free to drop us a line at importantcinemaclubpodcast@gmail.com

The Films of Joseph H. Lewis

Who The Devil Made It (Peter Bogdanovich)

“When gun-obsessed pacifist Bart Tare (John Dall) witnesses expert shooter Annie Laurie Starr (Peggy Cummins) demonstrate her firearm prowess at a carnival one night, it’s love at first sight. Aimless Bart joins the traveling show and begins a romance with Annie, but her dangerously rebellious spirit soon gets them both fired. After eloping, the young lovers embark on an armed robbery spree, managing to elude the authorities until Annie insists on pulling one last job.”

“Film noir about a police lieutenant who comes under pressure from a gang headed by a vicious thug. He is helped by the gangster’s wife, jealous at her husband’s affair with another woman, who supplies him with information to help him close the net on his foe.”

“When Swedish-American whaler George Hanson (Sterling Hayden) returns to his Texas hometown after 20 years at sea, he’s shocked to learn that his father was murdered just two days prior. The feckless local sheriff (Tyler McVey) won’t do anything about it, so George investigates on his own and discovers that an oil speculator (Sebastian Cabot) had his father killed for refusing to sell his land at an unfair price. Enraged, and armed only with a speargun, George goes looking for justice.”