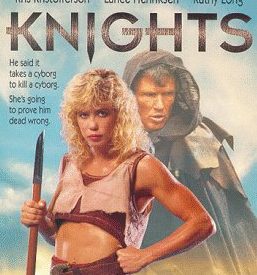 Is this going to be Good Pyun or Bad Pyun?

It’s a question I ask myself every time I watch one of the films of writer/director Albert Pyun. The man worked furiously in the 90s to deliver all kinds of VHS ready entertainment, but you never know if you’re going to get him firing at all cylinders (NEMESIS, RADIOACTIVE DREAM, BRAIN SMASHER: A LOVE STORY) or witness a film that’s hanging together by a thread (NEMESIS 2-3-4, VICIOUS LIPS). I had read ages ago that KNIGHTS was a piece of garbage and the reviewer  threw Pyun on the “He’s as bad as Ed Wood fire” for the film’s crimes. I read it, filed away the opinion as a universal one, and avoided the film like the plague. 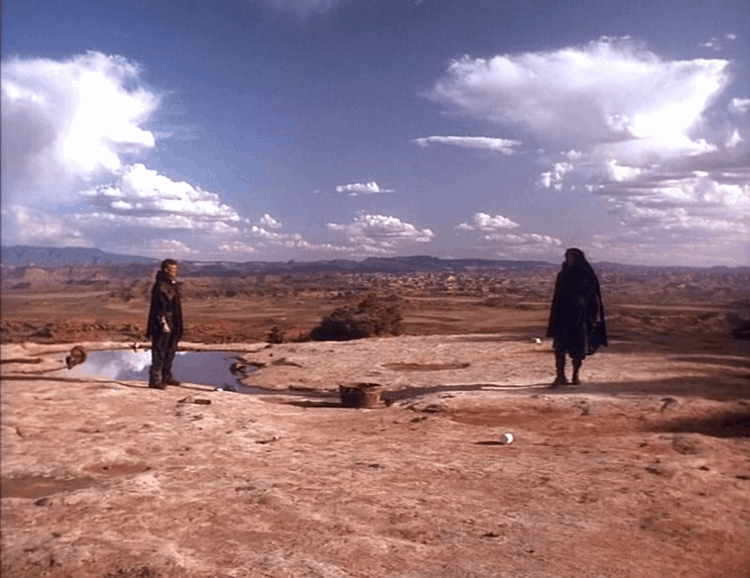 The reviewer was wrong. KNIGHTS is great.

KNIGHTS is a minimalist martial arts western (with a touch of wuxia) that stars a real life kick boxer (Kathy Long) who teams up with a bad-ass Cyborg Hunter (played by a slumming, but charming, Kris Kristofferson) to take on the likes of Gary Daniels and Lance Henriksen dressed in flowing desert garb. The bad guys are robot vampires, everything is shot with wide angles lenses, and it feels inspired by Tsui Hark’s THE BLADE – which is impossible because THE BLADE came out three years later. 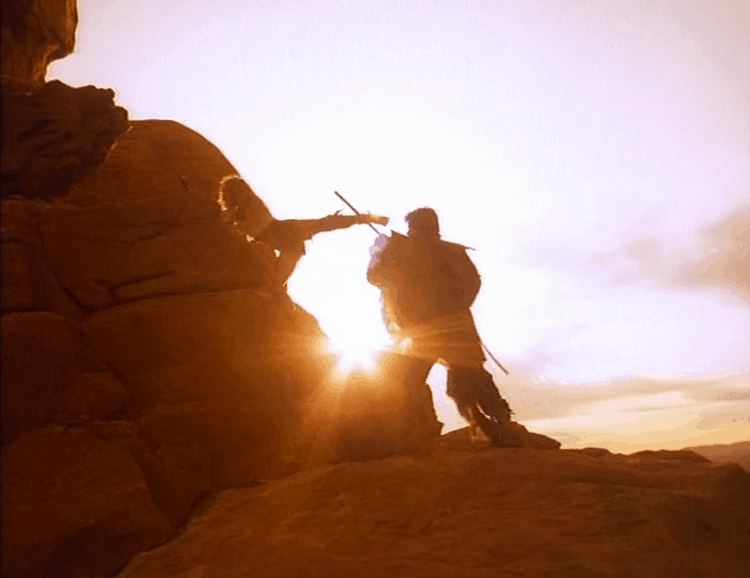 Yes, KNIGHTS is about cyborgs again. Yes, it’s a simple tale of revenge. But it’s the way Pyun tells the tale that makes it special.  He shoots everything in sweeping steady-cam moves. He frames the character against the massive empty background of Monument Valley.  For huge stretches of time, all we witness are two fighters, shot from a distance, beating the shit out of each other with only the sound of wind as an companion.

Kathy Long isn’t an actress, but she’s an appealing performer, and she does best what’s most important – beat people silly. The action is also has a touch of Hong Kong flavor, with combatants being bunched twenty feet into the air, and nasty falls on rocky hills performed for our enjoyment.  The climax last a whopping twenty minutes, is full of exploding cyborg heads, and features moment where the hero straps a legless cyborg to her back so they can take on bad guy on all fronts. 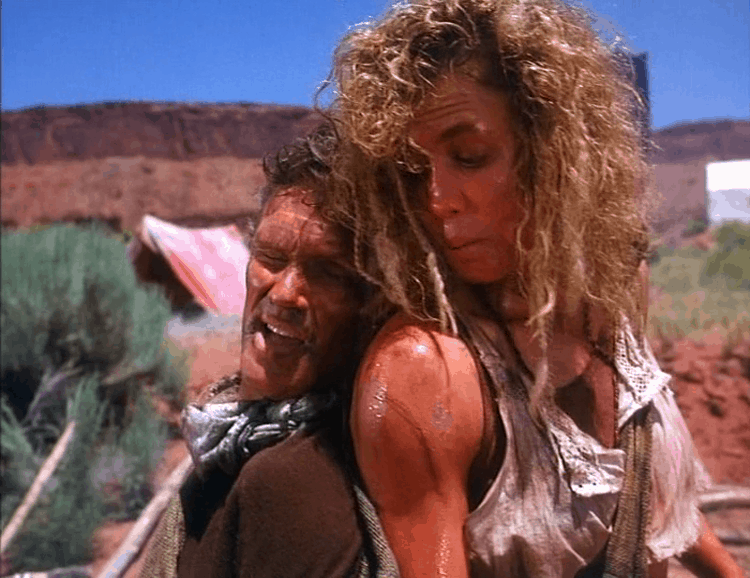 Why do people hate Pyun so much? I get that he works with trashy material, but it’s undeniable that he brings his own artistic energy to every film he directs. Why throw him under the bus when there’s genuine boring journey men out there making shit that we gobble up without a word of complaint?

It’s obvious the Pyun had very little money to work with, but he has a distinct aesthetic template that I feel immensely appealing. Pyun has made his fair share of clunkers, but that happens when you direct five films a year (like he did in 1995). Give the man a chance. He’s worked hard enough to deserve it.