Reynolds Quest #2: Burt is feeling the Heat (1986) …of his film career diminishing 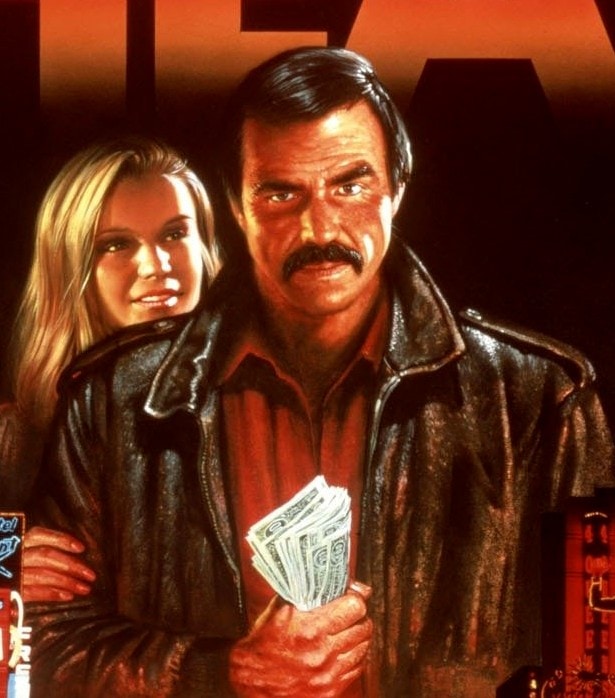 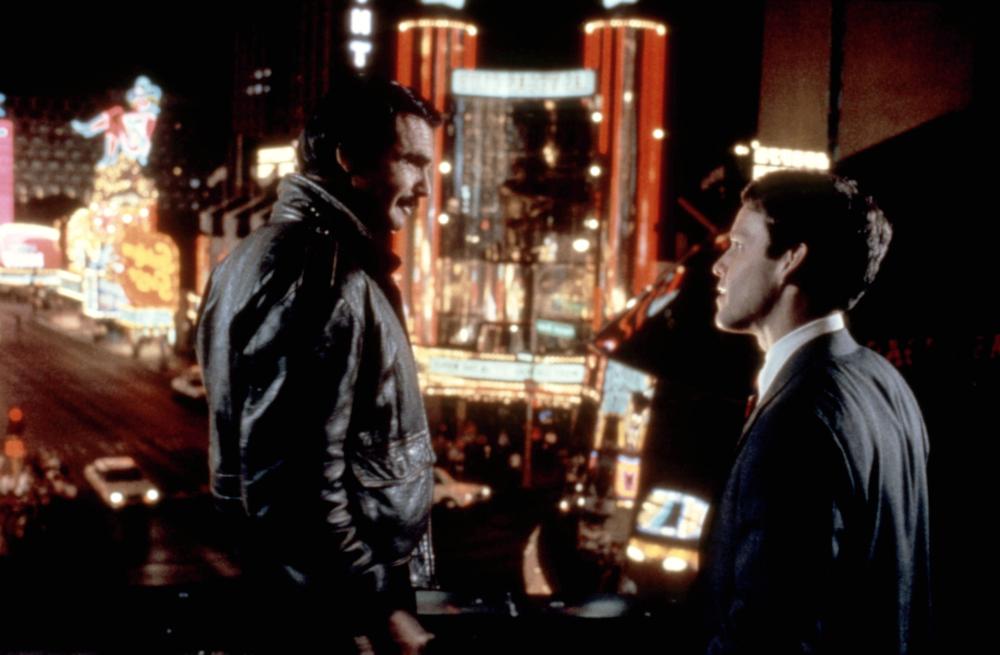 I have no idea how Burt Reynolds managed to make the amount of generic action movies that he did, especially after just about every movie he made in the 80s was a flop, including this one. But oh man, this movie is… I don’t even know. Helmut-hair era Burt Reynolds plays the standard Burt Reynolds-stock character he always does but this time he’s a gambling addicted bodyguard with a heart of gold and amazing fighting skills (of course). 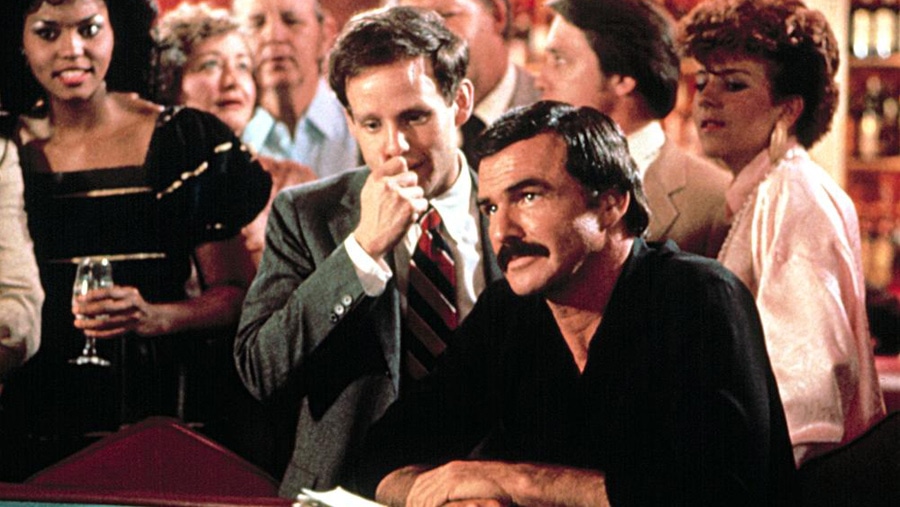 He’s got dreamy eyes too

The movie is pretty standard fare, not completely terrible but definitely not very good save for a few scenes. The opening is probably the best. Super drunk Burt uncomfortably hits on a woman before getting the crap beaten out of him by a guy who SURPRISE payed Burt to take a fall to impress her. This unfortunately it sets up his character as someone more interesting than the kind he usually plays, which is of course, not the case.

In Heat, Burt plays former soldier of fortune Nick Escalante or “Mex” to his friends. Nick works as a jack of all trades/bodyguard for hire (and also probably a stunt pilot/motorcycle racer because let’s face it, he’s clearly the coolest guy ever). His dream is to earn enough money to get out of Vegas for good and move to the other most famous V-city, Venice 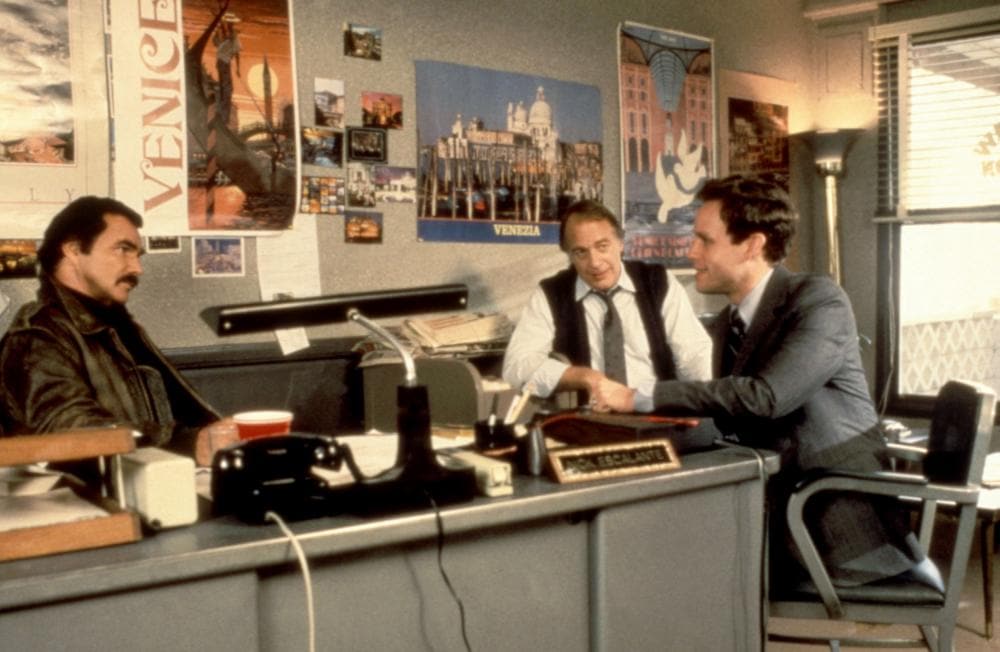 Can you tell he likes Venice?

As far as drama goes Heat isn’t so bad, but when it comes to the action scenes the movie falls hilariously flat. When we first meet the film’s main villain DeMarco we find out that he’s sadistically beaten up Holly, Nick’s prostitute friend, who’s asked him to seek out revenge on her behalf. Nick goes to DeMarco’s high-rise hotel room demanding money for Holly’s hospital bills, which DeMarco seemingly accepts before (of course) we find out he’s only playing mind-games with Nick. DeMarco tells Nick he’s finished and then… Ok I have to lift this description directly from the Wikipedia synopsis because I definitely can’t word this as hilariously, “DeMarco orders Nick to be taken out of his suite, apparently to be beaten or killed somewhere else. But before his huge henchmen can take any action, Nick proceeds to dispense his own kind of justice, using sharp objects like a medallion and the razor-sharp edge of a credit card to defeat DeMarco and his goons.

If you never plan on watching the movie or just want to laugh a lot do yourself an enormous favor and watch the scene in question: https://www.youtube.com/watch?v=OH06qUWQYV0

That scene feels like it was lifted straight out of a Troma movie from the same period, terrible slow-motion and camera tricks to make it look like Burt is a great fighter which of course he is not. Nick leaves DeMarco’s suite unscathed and $20,000 richer but he’s left DeMarco alive so of course now HE must seek revenge!Then the film goes on the usual course all movies of this genre go.

The film’s saving grace are a couple good performances from Karen Young and Peter McNicol (who gets his own slow motion action shot too). There’s a slew of other characters that seem like they’re going to be important but end up doing nothing but be there to make Burt look cool.

Maybe instead of watching this you should watch the Jason Statham remake Wild Card which also flopped, I haven’t seen it but I can guarantee the action will be a lot better than it was here. 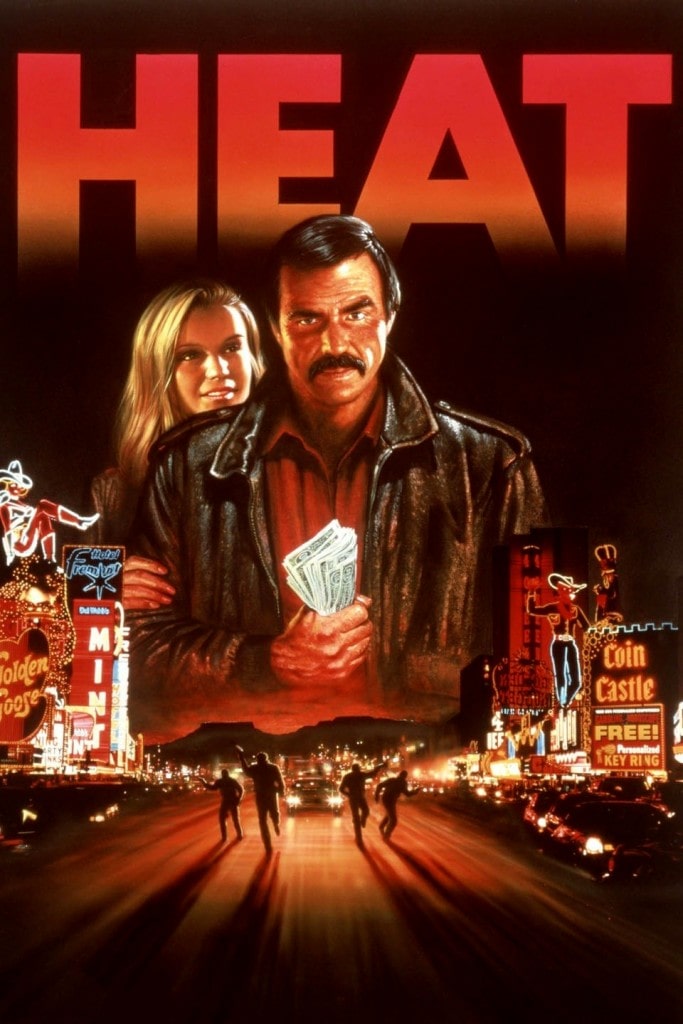 It definitely won’t have better jackets though