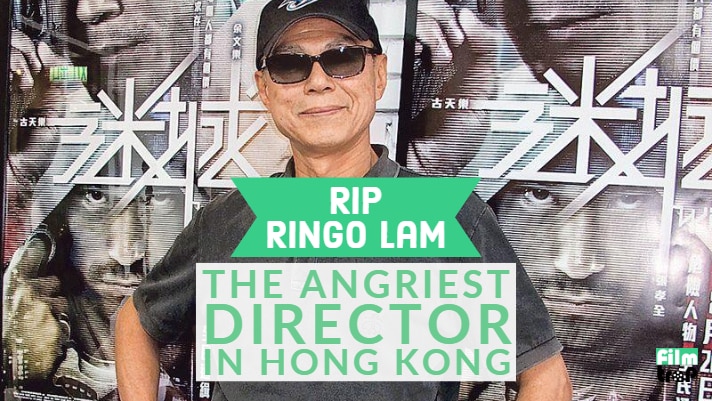 If you’ve had a passing interest in Hong Kong cinema, you’ve run into the works of Director Ringo Lam. Tarantino ripped off the structure of Reservoir Dogs from Lam’s City on Fire, Lam made the stone cold action classic Full Contact starring Chow Yun-Fat, and Lam also has the honor of being the Hong Kong director to work the most with Van Damme with the super fun Maximum Risk, the sober Replicant, and the bearded JCVD prison drama In Hell.

Ringo Lam was known as a passionate man and every single one of his film are splattered in his sweat and blood.  His style was defined by grit, realism and darkness, but he never shied away from making straight-ahead crowd pleasers – fluffy outings like Looking for Mr. Perfect, Cupid One, and the Jackie Chan starring Twin Dragons. He was simply an artist that had to make movies and the world is better for it.

Here are some of my favorites Ringo Lam films:

School On Fire (1988): Mean, vicious and in your face in the way that came to define the Ringo Lame style.

Burning Paradise (1994): Ringo Lam making a wuxia picture seems like an anomaly, but Lam brought every bit of his grit to the screen in this Tsui Hark blockbuster, which may be the most violent martial arts picture this side of Story of Ricky.

Aces Go Place IV (1986): Probably my favorite in the wildly over the map spy based action comedy series (Yes, even more than the Tsui Hark directed PART 3). Lam goes all out to entertain and includes some of the craziest stunts in the ACES franchise.