Ladies and Gentlemen, Boys and Girls. Bob Blaschuk brings to you a review of a movie that features your favorite stars from Total Nonstop Action wrestling! River of Darkness is a full-stop, lack of thrill ride. A film watching experience absolutely packed to the brim with boredom, bad direction, and tedious dialogue. This movie will have you sitting on the edge of your seat, waiting with bated breath and wondering when the action is going to start. You’ve never seen, nor wanted to see, a movie like this! It will leave you wishing you were breathless!!!! 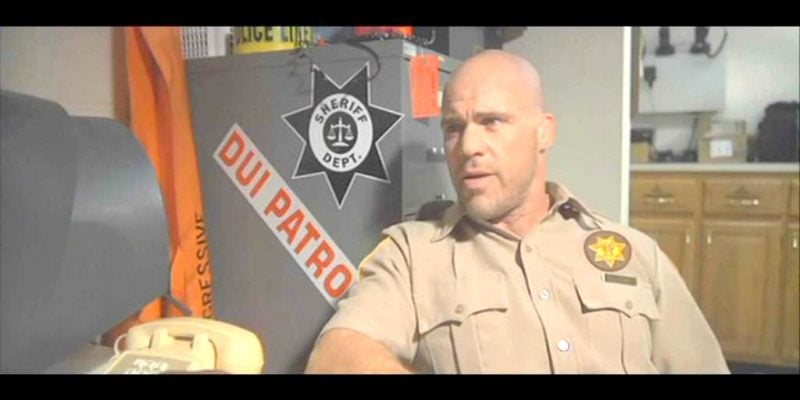 River of Darkness brings is a weird conundrum. The idea of hiring a group of older aged semi-retired wrestlers and yet never wanting them to do anything remotely action or wrestling related. The DVD case says, “starring your favorite wrestlers from TNA.” This was the movie’s selling point!

I can sort of see the idea behind an ex-wrestler who is also an established actor trying to take on a more slow burn, less action packed film to further their career. I have no personal problem with Kurt Angle, Kevin Nash, and Psycho Sid, but combined they have the acting ability of a group of old school wrestlers. They would have been better off hiring the wrestlers to make a promo for the film, and then not really be in it. At least with Nash and Sid, they had only a single line of dialogue between them. I don’t need my wrestlers to act like wrestlers in every film they do, but do you know what would have made River of Darkness a better film? Someone getting a chair to the face, a thumb to the eye, or maybe a solid German suplex to the ghost killer. It’s true, it’s true!

Wrestlers are larger than life by definition. Why make them boring?

In a time where I can watch Dwayne “The Rock” Johnson basically be a super hero in “The Fate of The Furious,” I feel like having wrestlers with only a smidge of The Rock’s entertainment value not acting, but dropping elbows off turnbuckles on each other, would make a better more entertaining film. Instead, we get a mashed up movie about a woman in her 40s attending college for the first time, who is being blamed for the deaths of her paranormal ghost hunting friends in a small town.

Seriously! She is kicked out of college because people in her class died, and the college blamed her. Not the police mind you, just the college – who apparently trump the state police in negligence charges. So, after establishing her as the lead character we then instantly jump to small town Sheriff Kurt Angle and completely forget this girl even exists for the next 50 minutes.

I am not kidding, it takes so long for her to make it back in front of the camera, I had to jump back to the beginning to remember who the hell she was. Anyways, Sheriff Angle, wait I think his name was Logan Firebrand, or Terry Fistslap… something overly macho to remind you that the massive hunk of beef that makes up Kurt Angle is of the male persuasion. 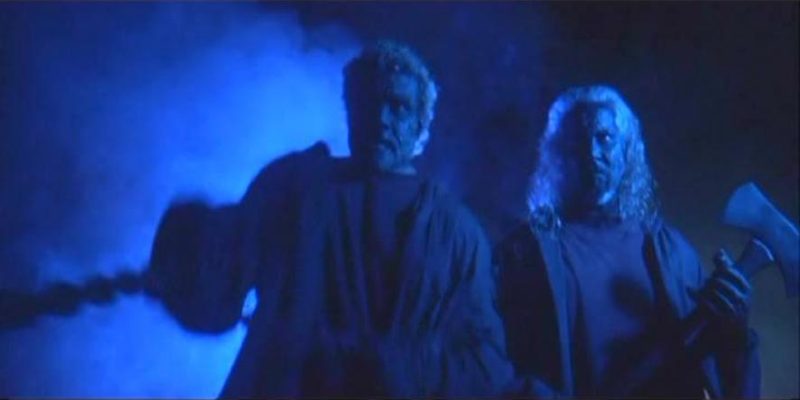 Sadly for Sheriff Meathunk, the small town he protects doesn’t really like him being the sheriff, even though later you find out that he was voted in by the town.

I’m sure you can make up some social commentary on the state of democracy with that. Murders begin to happen around the town and the Sheriff meanders about from crime scene to crime scene as the body count rises. For a large portion of River of Darkness that’s all that happens. Angle wanders about, asks questions, learns nothing, someone dies, rinse. repeat. He even visits an old man running the bait shop who actually knows everything that is going on. The problem is he only tells Angle in small snippets, forcing him to constantly return and ask again.

It was at this point, I recognized that I spent most of the film since Kurt Angle appeared yelling “You Suck” chants at the TV until my cat started giving me dirty looks.

As far as I remember, there was a strange family living on the edge of town who had three boys, that where all wrestler height. Apparently, that bothered the God fearing townsfolk, so they murdered them. A bit extreme to be honest. But now those wrassling boys are back to take revenge on the man that lead the lynch mob to kill them. Lucky for themselves, since they are now ghosts, they cannot be hurt of killed. In fact to make sure we, the unwashed masses get the subtly of not being able to kill a ghost, the only line of dialogue the ghost boys have is “You can’t kill me. I’m already dead.”

It is a fantastic twist on the boring cliche of all those killable ghosts that have been popular since the early 2000s. Remember in Ghostbusters when they just shot all the ghosts and killed them… again? Then there is the great ending to Ghost where the Patrick Swayze ghost is killed in a horrible, yet completely preventable pottery making accident. True classics! 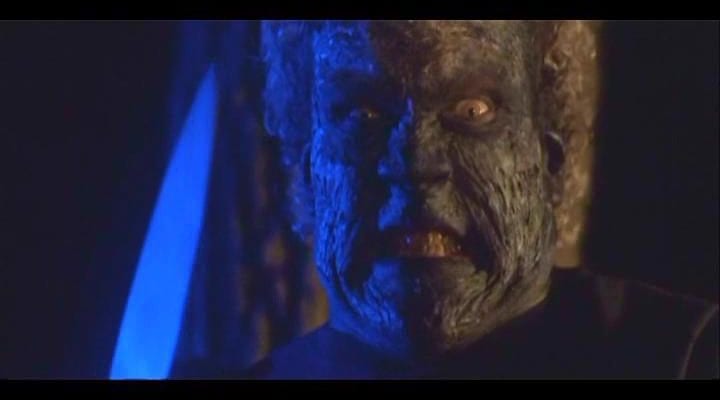 Near the end of River of Darkness, the woman, who was once the main character finally shows up again. She quickly watches her friends get killed out on the lake and then ends up shooting the man who the ghosts wanted to kill. It is only then we learn that not only was he the lynch mob leader, but he was also her grandfather, and he raped her mom!!! BOOM! Right out of nowhere! Then with a bit of silence, the movie ends.

It was the kind of unneeded twist that makes you say. “Wait, What?”

Look, there have been a lot of bad movies that have starred wrestlers. But, I am being straight with you when I say that River of Darkness may be the worst of its kind. A messy mix of tedium, and blandness. It is actionless, scareless, and completely devoid of anything interesting at all. I would prefer actually watching an episode of TNA over watching this film.