ROBOFORCE aka “I LOVE MARIA” screens at The Royal February 15! 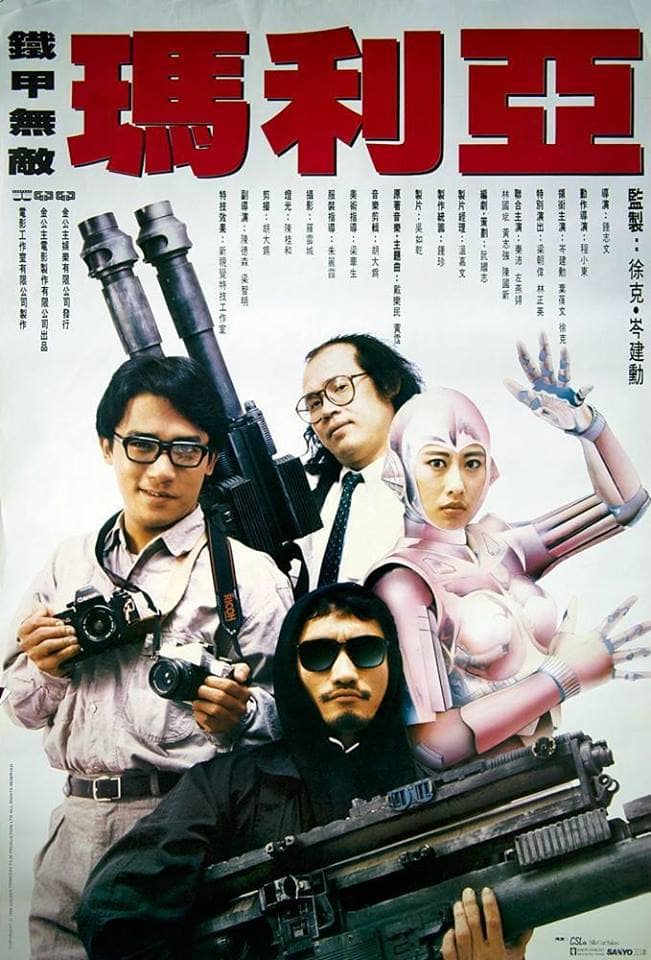 ROBOFORCE aka ‘I LOVE MARIA’

A special presentation from The Laser Blast Film Society screening on February 15, 7:30 p.m. at The Royal Cinema

“A film not to be missed by any aficionados of far out cinema.”
– Beyond Hollywood

“I guarantee you’ll be hugging and giving each other high fives by the time it’s over.”
– The House of Self-Indulgence

Hong Kong cinema is rarely celebrated for their forays into science fiction, but we at THE LASER BLAST FILM SOCIETY love when the delirious action and spectacle of a flying swordsman flick is applied to flying motorcycles and rocket-launching robots and fortunately, Hong Kong’s brilliant, and oft demented auteur Tsui Hark (ONCE UPON A TIME IN CHINA) delivers on this prospect in spades with the exceedingly entertaining ROBOFORCE.

Also known as I LOVE MARIA (the film was initlaly conceived as an homage to the robotic Maria from Fritz Lang’s METROPOLIS), the story concerns a villanous group of bank robbers – the self-proclaimed “Hero Gang” – and their efforts to build two robots to perform their evil bidding. The first is a hulking red-eyed metal monster, while the other is an eerie duplicate of the Gang Leader’s sister Maria (Sally Yeh). As the fates would have it, the robot Maria is discovered by two bumbling losers (Tsui Hark and John Shum), as well a handsome photographer (Tony Leung), and it all gets hilariously convoluted from there the film ricochets between assassination plots, goofy slapstick episodes and legitimately endearing romance.

It’s the same brand of manic “anything goes” storytelling that Laser Blasters should recognize from last year’s FUTURE COPS screening, though delivered with a far defter touch by Tsui Hark, and credited director/cinematographer David Chung. In many respects it remains one of the finest and funniest genre experiments to occur in Hong Kong’s heydey, and you won’t want to miss it on the big screen.