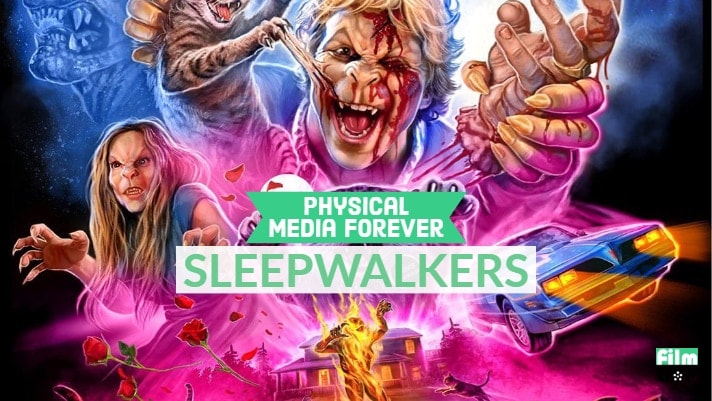 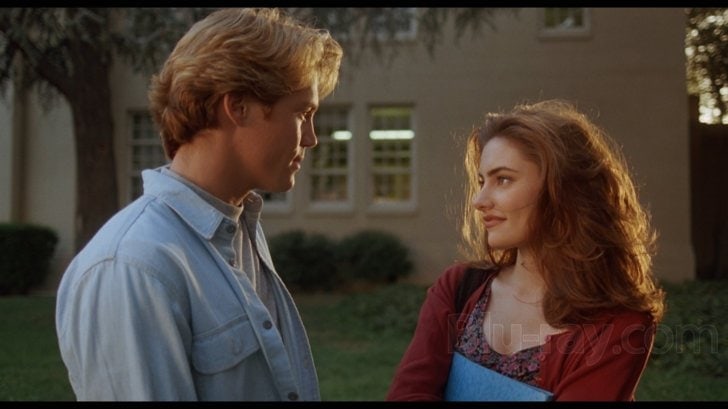 SLEEPWALKERS is a blast of energetic 80’s style creature feature – that came out in 1992.

Tanya (Madchen Amick of TWIN PEAKS fame) has a meet-cute with the new boy in school Charlie (Charles Brady), but little does Tanya know that Charlie is a shape-shifting monster cat whose in an incestuous relationship with his Momma Cat (Alice Krige). Can Tanya escape Charlie’s grasp before he sucks out her soul? Is there going to be some nineties as hell morphing effects? Will a ton of people be hilariously dismembered? SPOILER: YES.

Director Mick Garris, working from the first original feature film script by Stephen King, flat out nails SLEEPWALKERS campy horror tone.  He slathers the screen in colorful lighting, gooey practical effects, and an attitude that is never condescending toward the film’s goofy premise. Every character gets something to do, from the way that Charlie is charming at first (Norman Bates-style) before he monster cats out, to details like Tanya’s mother gravestone rubbings hobby, which doesn’t serve a true narrative purpose but makes things feel lived in.

I actually started to feel a little bad for Garris as SLEEPWALKERS wrapped up with its bananas climax, because he was obviously having a ball with his 17 million dollar budget, and after this, he would be banished to the world of TV movies. And while he did direct a lot of big prestige Stephen King adaptations, it never quite felt the same. Garris is so adept at selling the bloodier moments in SLEEPWALKERS, like the perfect placed close-up of Tanya scratching herself against a broken window in the middle of an attack, that it’s a shame he didn’t get to play more in the ‘R’ Rated PLayground. Garris would go on to spearhead the amazing MASTERS OF HORROR television series, write a handful of deeply disturbing horror novels (Development Hell is especially great), and continues to release fantastic interviews on his Post-Mortem podcast. 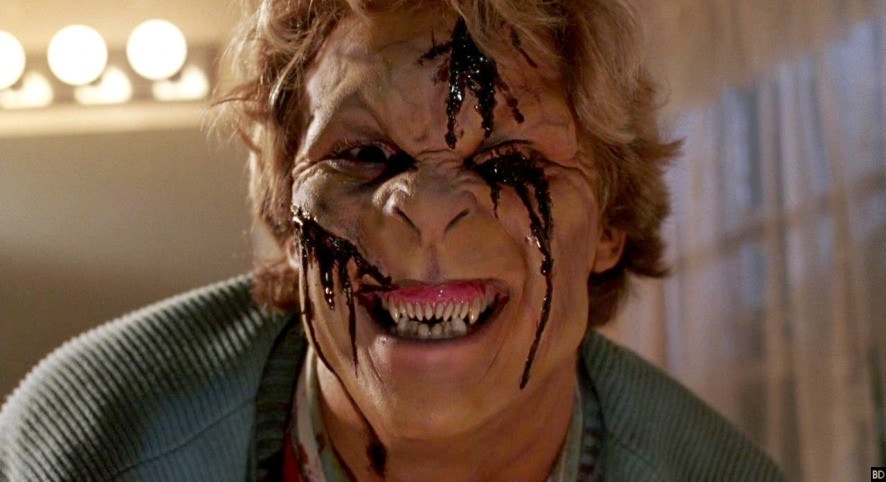 Scream Factory gives SLEEPWALKERS the deluxe treatment it deserves. The new Collector’s Edition has a great transfer, a playful and fondly nostalgic commentary track with Garris, Amick and Krause, video interviews with them and Momma Cat actor Alice Krige, behind the scenes footage, and a sit down with special effects head honcho Tony Gardner. You couldn’t ask for anything more.

Well, I could ask for one more thing.