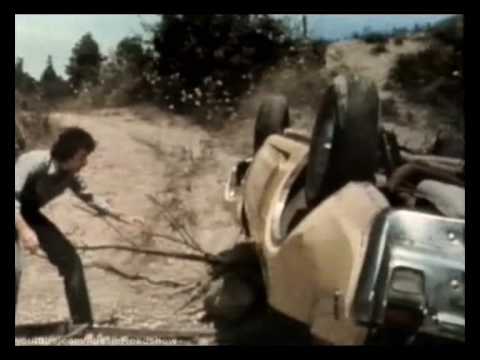 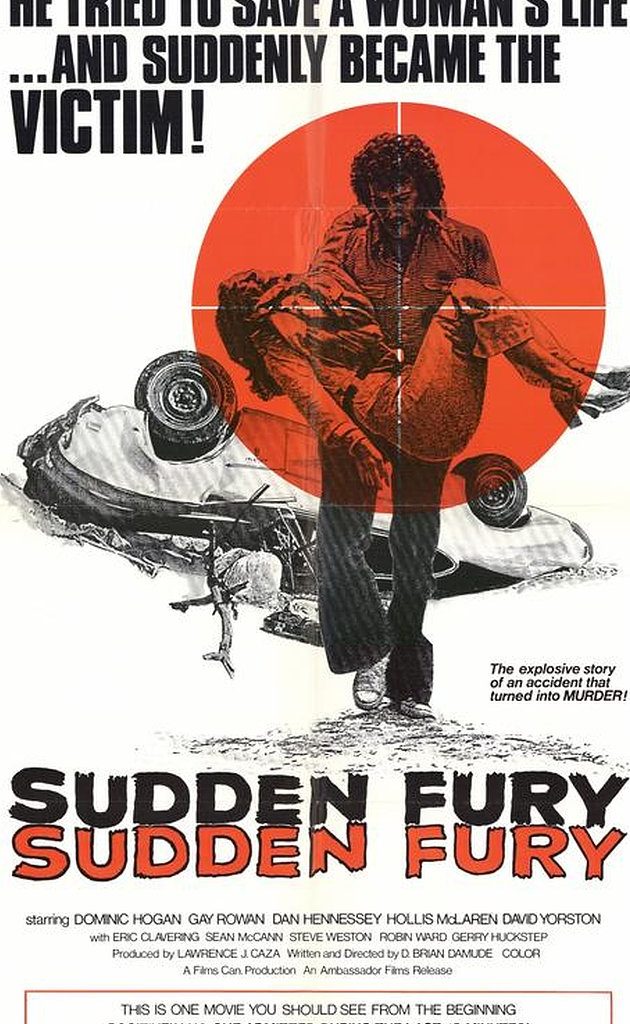 A  compact Hitchcock thriller forgotten as a footnote in Canuxploitation history. Director Dan Hennessey stretches a simple cat and mouse premise to its utmost limits, at times bordering on BLOOD SIMPLE territory.

Mighty praise I know, but I have to get people to watch this film somehow.

While on the road, a husband (played with slimy aplomb by Dominic Hogan) asks his wife (Gay Rowan) for money. She flatly declines and reveals that she has been having an affair. In a fit of rage, the husband crashes their car off the road. The husband survives, but his wife ends up trapped in the vehicle bleeding to death. In a moment of panic, the husband decides to let her die. A bystander (Dan Hennessey) sees the crash, pulls the woman out, but the husband can’t let either of them live.

Now they’re both going to have to die. 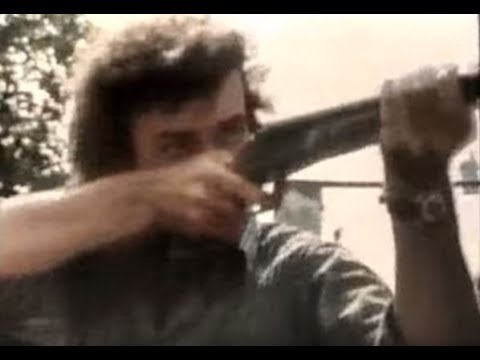 It’s difficult to review a film like SUDDEN FURY, because the plot is so simple, so direct, that it’s the little details that make up it’s entirety. It’s not particularly showy in its style, but its leanness gives it power. Yes, the performances are a little wonky, but they fit into the whole.

If you like suspenseful, stripped down films, that aren’t afraid to go to dark places, this get my highest recommendation, especially, if you’re Canadian.

Our movie heritage is disappearing, and it’s so frustrating to find that solid films like SUDDEN FURY are forgotten to the sands of time.

I remember back in 2008 the TRASH PALACE screened a 16mm print (which is also playing at the Anthology Film Archives this month in New York), but beyond that I had never even heard of the film. It’s available on YouTube right now in a decent looking full VHS screen transfer, with burnt in (Greek?) subtitles.

People are always bemoaning that Canadian film is limited to a few standbys (Cronenberg, Egoyan, Polley and so on…) and there’s nothing good out there for them to watch. That’s untrue, it’s just that oftentimes the directors only made one feature film because there was only so much money in it. The film came out, played a few venues, and because it wasn’t pure genre it was shelved in a dusty forgotten basement where it was left to rot. It’s only if we keep championing these forgotten pictures that they can take a place in regular rotation.

SUDDEN FURY is very good, sometimes bordering on great, and it never deserved the fate that has befallen it.