The Feminine Side of Horror Films 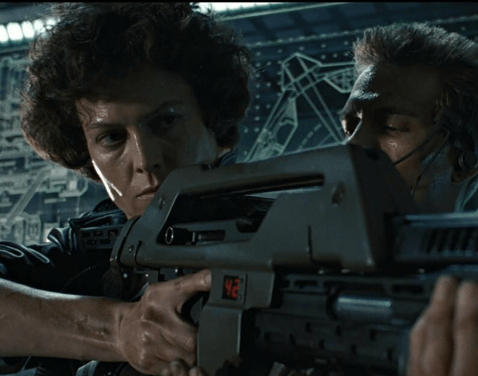 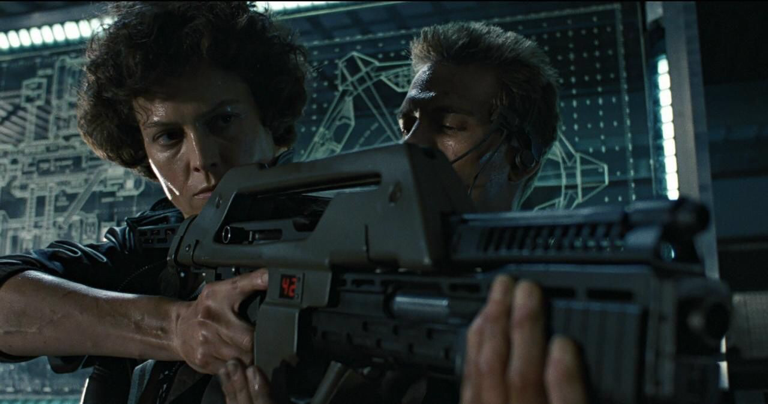 Recently I caught a double-bill of Jackie Kong features presented by The Muff Society, a group which screens movies championing women in film. The second film, Blood Diner, featured a scene early on that involved a cheerleading squad performing topless aerobics for a video shoot only moments before being massacred by a machine gun toting maniac in a Reagan mask. I’m not gonna say that Kathryn Bigelow saw this movie in 1987 then was immediately inspired to start creating the masterpiece that is Point Break, but I guess we’ll never know. My point being, that the intended satire of gratuitous horror movie nudity followed by brutal death was obvious to me. Same goes for a scene in the first feature of the night, The Being, in which a buck-ass naked lady is leisurely painting her toenails on a hotel bed right before being attacked by a monster in a way that slimely resembled coitus. Both of these scenes made me laugh, but also BOOBS! It’s rare that both my brain and my genitals get to enjoy themselves at the same time, but such is the power of cinema. 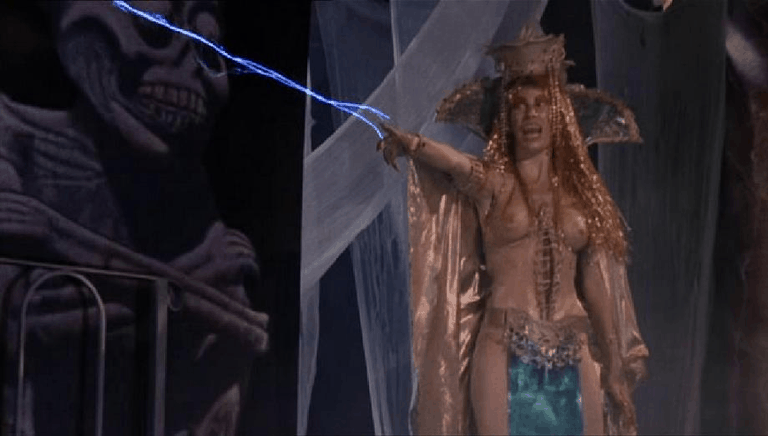 If you’ve ever sat down with me for drinks and brought up horror movies, you’ve probably gotten my, “I believe horror movies are the MOST feminist genre,” speech. If you’ve already heard this speech, then close your eyes, plug your ears, and start yelling, “la la la I am not listening.” Or you could just skip to the next paragraph. I find that to be a much more effective method of not reading something. My theory goes like this, while the majority of horror films are quite empowering to women, and I’m pretty sure no other genre has employed as many female directors, the problem with misogyny comes mainly from an unfortunately large section of the fans. Let’s face it, there’s a bunch of skeezy, greasy dudes in the horror community who just want to see girls that resemble the cheerleader who rejected their prom invite get stabbed in the face. The Internet Blogenning has only made these guys worse, when really they should just shut the fuck up and wait for their moms to microwave them some more pizza pockets.

“This is all well and good Ian, but why do you, a straight, white, cis-gendered male with an alarmingly chiselled jaw and dreamy blue eyes think that you can speak about feminism in horror movies? Isn’t that like a suburbanite kid saying he really gets rap music?” You’re right imaginary contrarian, I really don’t have any right to speak on this issue, and in doing so, I am probably no better than the pretentious beardo who took one semester of “Feminist Theory” and spends the rest of his life condescendingly mansplaining what “feminism really means.”

But I’m still gonna do it. Why? Well stand back ladies because I’m gonna tell you what feminism really means….Ow! Stop punching my groin!

The reason I’m writing this is because, as a horror fan who isn’t 100% gross (the jury’s still out on that one) and as a guy whose two older sisters basically beat respect for women in to him as a child (I still have the scars, sure my sister says she “tripped” while carrying baby-me down the stairs, but I know what really happened that day), this is a subject that is important to me. Also, as a person who likes all kinds of other people, and wants to hear different voices through the movies he loves, instead of just the same ones over and over again, I think it’s important that everyone starts talking about a change. Even if the only “talking” this starts is people writing me angry posts saying, I have no right talking about this.

This seems like a good time to bring up my plan to write a series of film essays on subjects that I totally have no right to write on. The next one will be about black people in horror movies. What can I say? I like pushing buttons and seeing what happens.

But, as for women in horror movies, my point is that in being a rejectionist douche who just likes seeing babes get chain-sawed a bunch, you’re mostly just holding back yourself. More different voices telling different stories in the medium you love, and more different opinions on said medium can only make it more fun. If you don’t believe me, just think about the first time you saw Alien as a kid. If you’re anything like me you had probably seen a few horror movies before this, and when you saw Sigourney Weaver you probably thought, “oh, a pretty girl, she’s obviously gonna die horribly.” Not only was Ripley pretty, but she wasn’t naïve, virginal, or easily confused. In fact, she was a tough, strong, level headed, adult woman. How dare she? Surely she’s going to die extra hard for that. But then, when Ripley not only didn’t die, but managed to harpoon the titular alien like the badass bitch she is (to quote Tina Fey, “What’s wrong with being a bitch? Bitches get shit done.”), you may have even cheered. I know I did. Only since I was five it probably came out more like a whiney, little kid squeal. Ugh, kids are the worst.

This is probably the most iconic example of a strong woman in horror, but the genre is full of them. The Slumber Party Massacre series is entirely written and directed by women, and rife with the kind of subtext and satire that I previously alluded to while discussing Blood Diner. Katt Shea’s Stripped to Kill series, Kathryn Bigelow’s Near Dark, and Claire Denis’ Trouble Every Day, are prime examples of horror movies that are fun and sexy times for any horror fan. The Boys Next Door I personally find to be one of Penelope Spheeris’ most interesting pictures. And one of these days the world will finally understand the genius of Diablo Cody’s and Karyn Kusama’s Jennifer’s Body. Hurry up and get on that one world. That movies the bomb! Or “da bomb,” if you will. 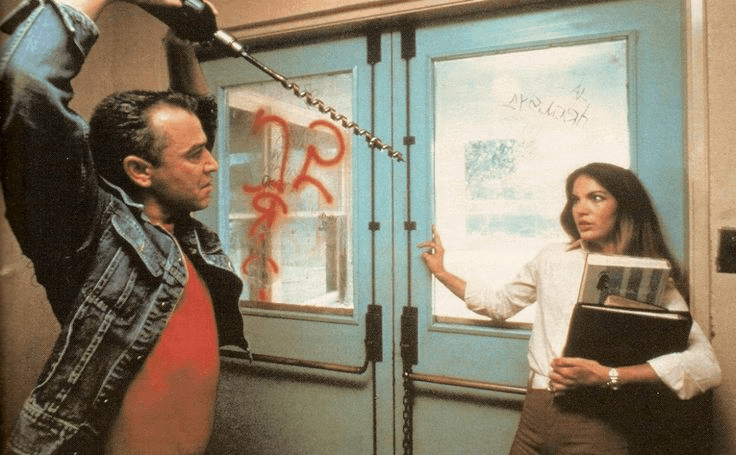 If you genuinely couldn’t find one example of a horror movie that you would deem fun in the ones that I’ve just cited, than the problem isn’t that women don’t know how to make fun horror films, it’s that you don’t know for fun sir.