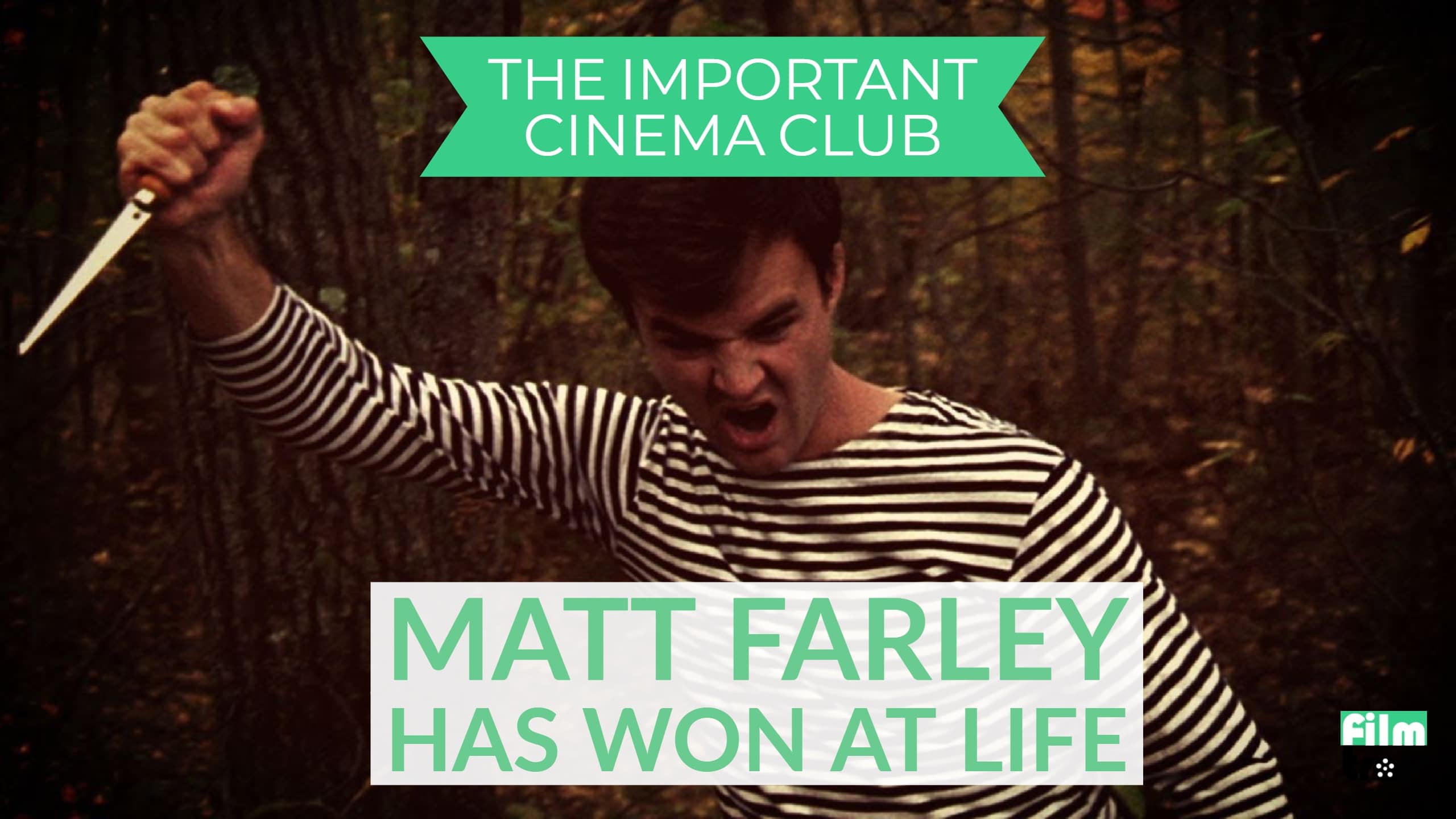 We discuss the career of Director/Writer/Star/Songwriter Matt Farley and his offbeat regional feature films DON’T LET THE RIVER BEAST GET YOU, LOCAL LEGENDS, FREAKY FARLEY and SLINGSHOT COPS.

On this week’s Patreon episodes, yes, we did two this week,..We discuss The Viewer’s Choice Network and two films that obsessed us. PLUS, Peter Kuplowsky discusses the work of his favorite recent discovery, a director that has made 20 feature films in the last TWO YEARS – but he doesn’t release them.

Join for five dollars a month and get a brand new exclusive episode of ICC every week.

Freaky Farley (2007): “Farley Wilder is a legend in his small New England town; he never left for college, doesn’t work, continually bows to his dictator of a father, and sneaks around his neighborhood at night. He particularly favors spying on attractive young women—a practice that has earned him the nickname Freaky Farley. But when Farley meets an attractive and bold young woman he comes out of his shell, stands up to his father, and also confronts the dark mystery of the spooky Morgantown Woods…a secret that’s been killing people for decades!” – IMDB

Don’t Let The Riverbeast Get You (2012): “A vicious monster has arisen from its watery lair! It’s the Riverbeast, and he’s threatening a peaceful New England town. Local tutor Neil Stuart has seen the beast before, but nobody believed his story, making him the town laughingstock. Neil sets out to not only prove that the Riverbeast exists, but also, with the help of his beautiful pupil, scrappy tutor buddies, and a former professional athlete to vanquish the aquatic menace!” – IMDB

Local Legends (2013): “Local Legends is a movie about a musician/filmmaker/comedian from Manchester, NH.” – YOUTUBE

A List of the ‘Serious’ Matt Farley Albums – All Available on Spotify:

Basement Reunion (2014) – Projections from the Side

Animal Noises (2016) – The Strange Man Who Sings About Dead Animals

Svetlana Finds Solace in the Arms of English Men of Letters Vol. 1  (2005)

February: From the Bayou to the Barnyard (2006)