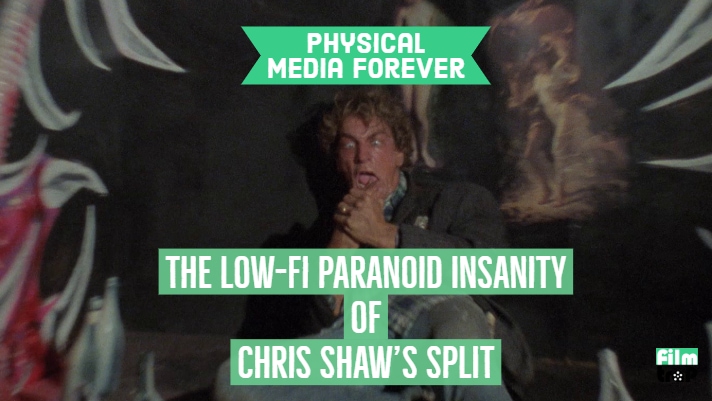 Split (1989) is the wild dream of a madman mainlining Philip K. Dick as he writes a thesis paper on chaos theory high on the invisible waves of the universe. It’s one of those lost video-era gems that’s rough around the edges, yet endlessly fascinating because it’s so singular in its vision.  Writer/Director/Editor/Sound Recorder/Mathematician Chris Shaw freely admits that the first time he picked up a camera, he ended up making  Split, and then he never directed a feature again. That may sound like a self-deprecating way to dodge blame (or a boast a little, but that could only work if the film was more well known), it clearly illuminates why the film follows its own narrative rules, rhythmic style and kooky focus on allegory. The people making it didn’t know any better. And that’s what makes it special. 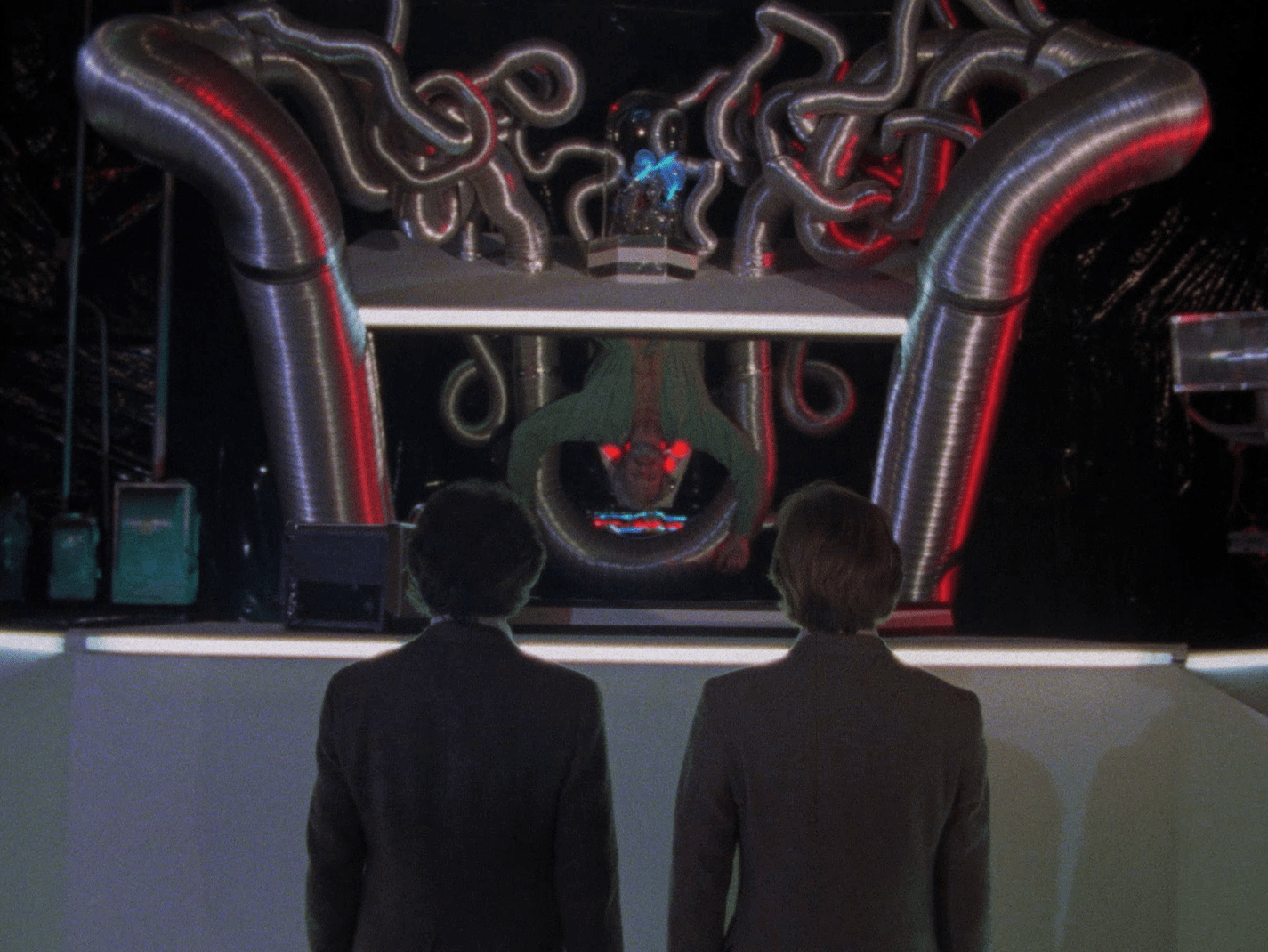 The story follows a man named Starker (Timothy Dwight) who wanders around 1989s Santa Cruz, changing his identity at the drop of a hat, in an attempt to throw off an Orwellian all-seeing intelligence agency. Through his travels, Starker meets a number of different individuals, tries to break their societal programming, while searching endlessly to wake up the modern world. That may sound like the plot of a generic sci-fi summer blockbuster, but its presented in a fairly abstract way, without ever losing its pointed sense of humour (the word ‘dense’ gets thrown out a lot, which is true). It’s a wild film, that bounces off in a dozen directs, but there’s always an inventive ramshackle visual around the corner to keep a viewer wowed. And for a first-time filmmaker, Shaw keeps thing moving, with a machine gun editing style which is mirrored in his ratatat dialogue, filled with goofy asides and wordplay, that could be the result of an artist living obsessively with a project for ages.

Special mention must go to the inventive (and primitive) computer effects by Macarthur Genius Grant winner Robert Shaw (brother of the director). Nothing says 1989 like a painstakingly generated electronic image, that could be done in a few minutes today, but would never be imbued with as much charming personality. 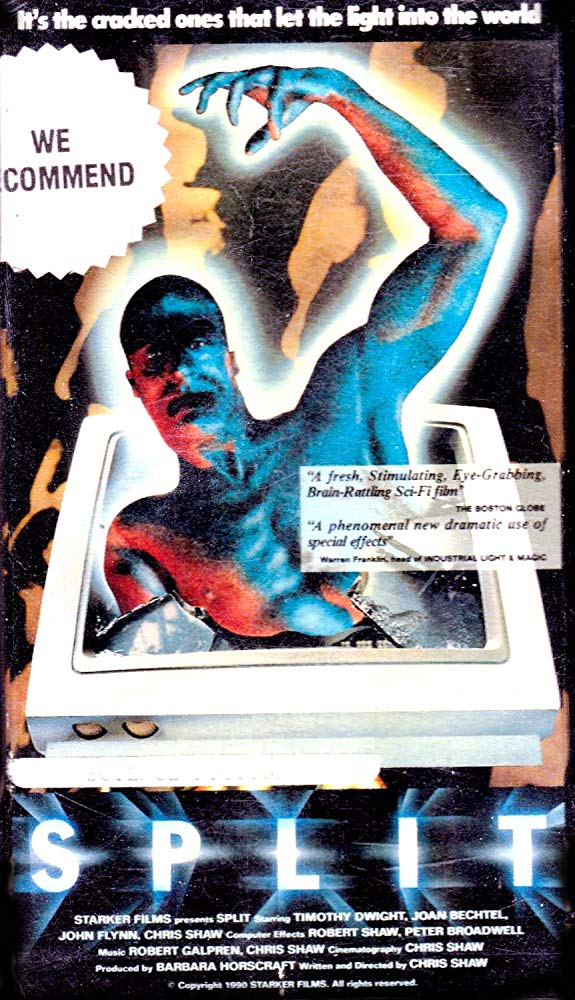 Split has only ever existed on fuzzy video, so hats off to Verboden Video for going the extra mile and releasing the ULTIMATE edition of the film on Blu-ray. The picture looks as good as it ever will (scanned from the original 16mm negative), there’s an alternate version of the film (that’s a different edit and 20 minutes longer), two interview segments with cast members, and two commentary tracks by the director (one on each version of the feature) It’s beautiful to live in a world where little-known gems like Split finally get a chance to reveal itself as the kind of unpolished one-of-a-kind treasure every cinephile always hope to find.

You can buy the Blu-ray on AMAZON right now.