First Full Trailer and Poster for Canadian Series “The PsyBorgs” Blasts Off! 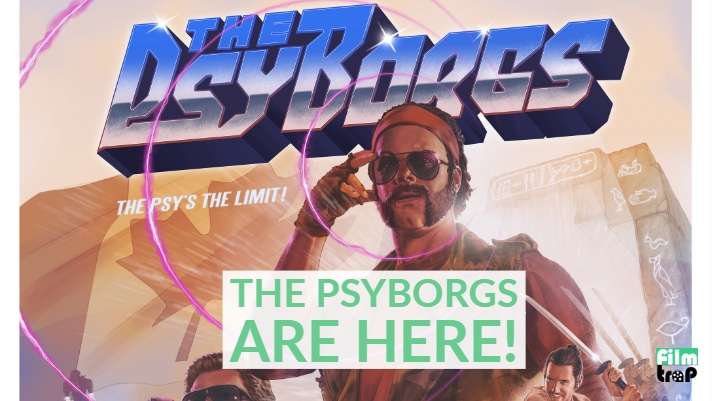 “Calgary, AB – July 10, 2018 – Film production company Beta Force Carbon is proud to announce the release of the first full trailer for their exciting new web-series THE PSYBORGS; an unapologetically nostalgic take on 90’s after-school television! Creators David Hiatt, Nick Haywood, and Braden Brickner can’t wait to share their lovingly comedic tribute to the high-five obsessed heroes and villains of their childhood with a wholly original world full of colourful costumes and superpowers. Bursting with misplaced-machismo, friendship, and villainous plans for world domination, The PsyBorgs is sure to feel like it was ripped from your favourite kids TV station.
The PsyBorgs follows the explosive adventures of a team of psychic super-soldiers as they battle the international terrorist organization known as T.O.X.I.N. The show takes inspiration from the children’s shows of the 1990’s such as Mighty Morphin’ Power Rangers, G.I. Joe, and V.R. Troopers, and will include an exclusive VHS release from Magnetic Magic Rentals. The PsyBorgs is directed and co-written by David Hiatt and stars Patrick J. MacEachern (Global Meltdown), Troy Cooper, Dallas Shaw, Emma Houghton (Abracadavers), and Darryl M. Jordan (Prisoner 7).
Along with a full trailer featuring never-before-seen footage, Beta Force Carbon is excited to share the all-new poster for The PsyBorgs! This colourful one-sheet was made by Vancouver-based artist Barret Chapman with inspiration from some of the team’s favourite movie posters and illustrators (Drew Struzan immediately comes to mind). The poster features new characters, set-pieces, and a whole bunch of the Great White North!
The PsyBorgs is part of TELUS STORYHIVE’s inaugural 100K initiative, which awarded up to $100,000 to western Canadian filmmakers to create original content for the web and TV.”
And don’t forget to check out the sweet poster: 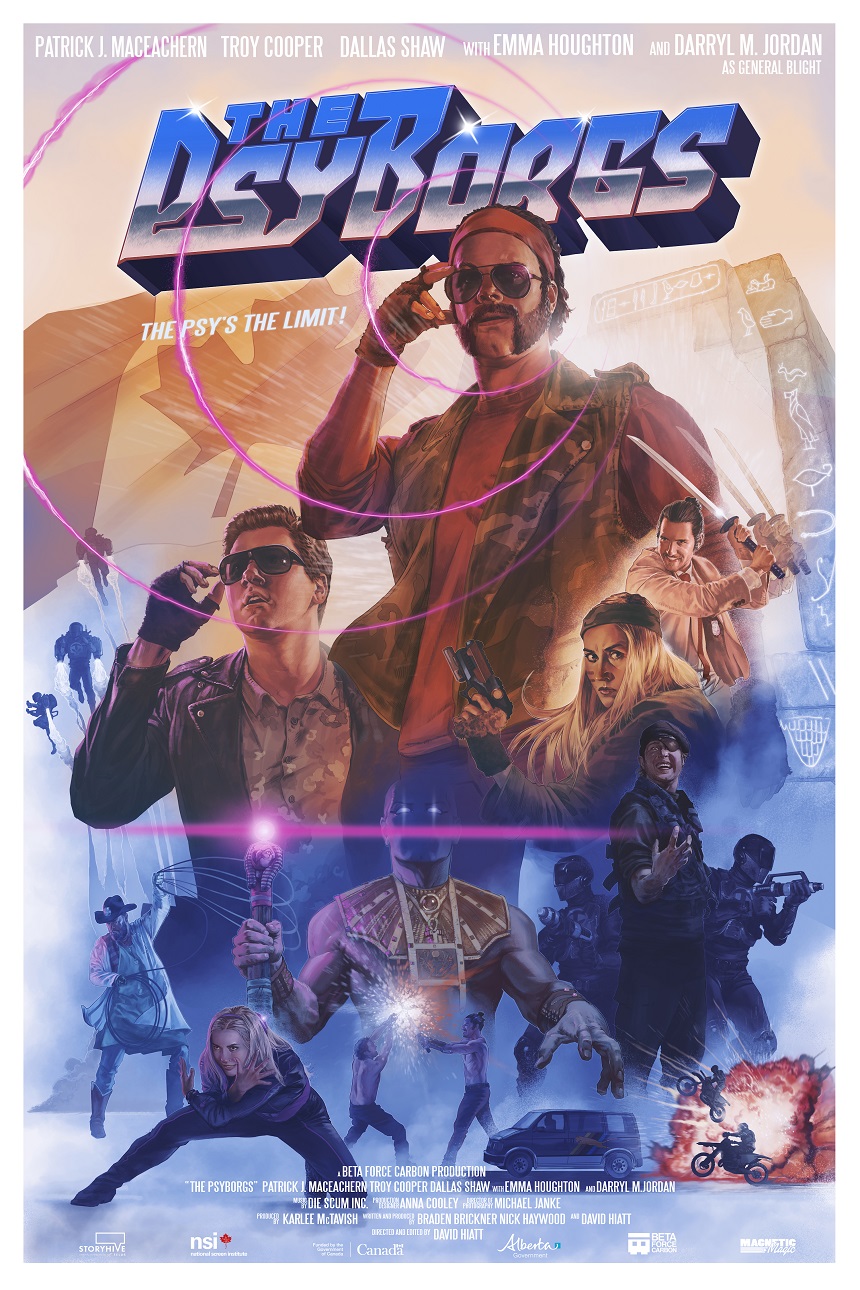